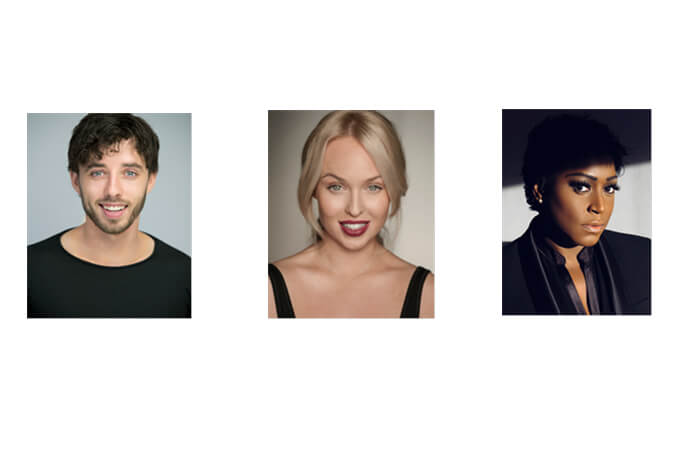 Jorgie Porter, Mica Paris and Keith Jack have been announced to star in the new UK tour of Fame The Musical which comes to Manchester’s Palace Theatre in July.

What is Fame The Musical about?

Based on the 1980 phenomenal pop culture film, Fame – The Musical is the international smash-hit sensation following the lives of students at New York’s High School For The Performing Arts as they navigate their way through the highs and lows, the romances and the heartbreaks and the ultimate elation of life. This bittersweet but uplifting triumph of a show explores the issues that confront many young people today: prejudice, identity, pride, literacy, sexuality, substance abuse and perseverance.

The extensive UK tour is being presented by Selladoor Productions, who have previously produced Footloose, Avenue Q, Little Shop of Horrors and Flashdance The Musical.  The it presented in association with Gavin Kalin Productions, Dan Looney and Adam Paulden, Stephen McGill Productions and Jason Haigh-Ellery as well as BrightLights Productions and Big Dreamer Productions.

Who will star in Fame The Musical at the Palace Theatre?

So far, announced to star in Fame The Musical at the Palace Theatre are Jorgie Porter, Keith Jack and Mica Paris.

Keith Jack is set to perform the role of Nick Piazza.  He is best known as the runner-up on BBC1’s Any Dream Will Do and has extensive theatre credits including Joseph and the Amazing Technicolor Dreamcoat (UK Tour) Only The Brave (Edinburgh Festival) Sincerely Mr Toad (Edinburgh/Greenwich) HMS Pinafore (UK Tour) Forever Plaid (St James Theatre, London).

Jorgie Porter joins the cast as Iris Kelly.  Best known for her role as Theresa McQueen in the Channel 4 drama Hollyoaks, she has been nominated for Best Serial Drama Performance at the National Television Awards and Best Newcomer at the British Soap Awards.  She also played the role of Miss Croft in BBC1’s remake of Ar you Being Served.

Speaking of taking on the role, Jorgie Porter commented, ‘I am so excited to be making my stage debut playing Iris Kelly in Fame. The musical is one of my favourite ever films and I can’t wait to open the show in Manchester, my home town. I’ve not had a chance to perform ballet for a long time, it’s what I originally trained in – so I’m looking forward to getting my ballet shoes on!’

Also joining the cast is Mica Paris who will perform as Miss Sherman.  Through her 30 year career, Mica Paris has enjoyed top Top 10 singles and albums worldwide and recently recorded a new single in honour of Ella Fitzgerald.  Mica also played American Jazz Singer, Amelia Walker in At Bertram’s Hotel – Miss Marple for ITV Productions. She presented The Gospel of Gospel for Channel 4 and was also a contestant on BBC’s Strictly Come Dancing 2006. Mica’s stage credits include Mama I Want To Sing, The Vagina Monologues and Sweet Lorraine in the West End and more recently Sylvia in the UK tour of Love Me Tender, based on the music of Elvis and Mama Morton in the UK Number one tour of Chicago.

When is Fame The Musical performed at the Palace Theatre Manchester?

Fame The Musical comes to Manchester’s Palace Theatre running from 20 to 28 July 2018.