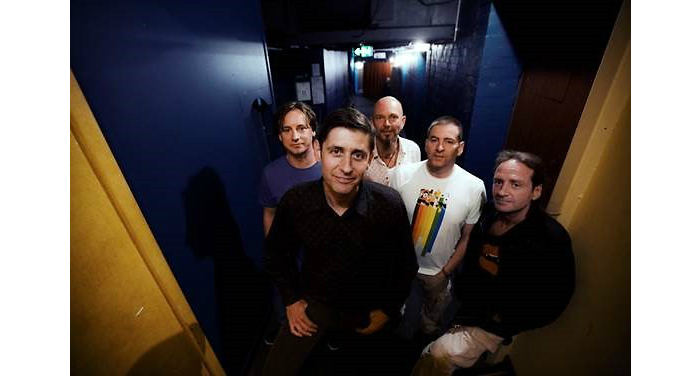 Jesus Jones have been announced to headling the second stage at Manchester’s Academy’s Gigantic Indie All Dayer Volume 3 this May Bank Holiday.

Heralding their return to Manchester atop our magnificent Second Stage line up, prepare to witness the resurrection of alt-dance saviours JESUS JONES as they headline the Academy 2 stage with their complete, original and unadulterated line up. With sensational time-tested tracks in the cannon including “Real Real Real”, ”International Bright Young Thing” and of course the international super smash “Right Here, Right Now”, we are delighted to welcome in the flamboyant Wiltshire quintet for our 2016 do.

An integral component in the merging of the disparate dance and indie scenes in the late 80s, Jesus Jones offered themselves as the vessel in which to channel an experimental concoction of genres as diverse as house, techno, goth and indie, into one mind-expanding body of sound. Three decades on since their seminal 1989 debut LP ‘Liquidizer’, the band went on to conquer the globe with vast sales notched up on follow-up albums ‘Doubt’ (1991) and ‘Perverse’ (1993). Playing to a devout fanbase across the world, the band continued to tour and release new material regularly up until 2004’s ‘Culture Vulture’ EP. Over a decade later, the band whipped up a social media storm amongst their avid followers as they announced 2016 would see Jesus Jones release not only a brand new EP but also a whole album of brand new material. Having snapped the legendary outfit up quick for their first and (so far) only scheduled live show of this new year, don’t miss out on your chance to hear the new tracks performed first, not to mention alongside an abundance of classic tracks too for the Gigantic Indie All Dayer Volume 3.

Previously announced to perform at Gigantic 2016 are:

Gigantic Indie All Dayer Vol 3 will take place on Saturday 28 May 2016 at Manchester Academy.