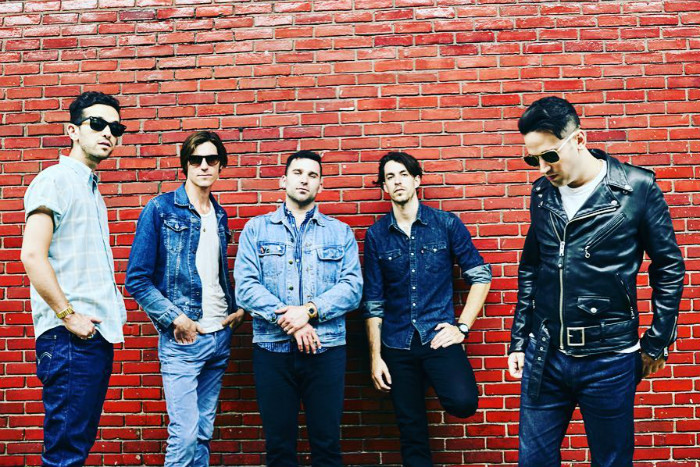 New York rockers Jeremy & the Harlequins release their third album Remember This in the UK ahead of a Manchester gig at Night and Day.

Remember This is the band’s third studio album, following the five-piece’s debut American Dreamer (2015) and 2016 follow up Into The Night.

Putting the album together the band had a clear focus on keeping rock ‘n’ roll alive.  As vocalist Jeremy Fury explains, “We wanted to make a classic American rock record.  When we made American Dreamer, I was really bored with rock music in general and I felt the only place to go was to strip it down and pull from the past. I was listening to a lot of 50s and 60s rock n’ roll at that time, but for this record, I didn’t want to limit myself to drawing from a certain amount of influences.  These are the strongest songs we’ve ever written. It’s a definite progression, but also a reaction to what we’ve done in the past.”

Jeremy & the Harlqeuins have been teasing the content of the album with releases over the last year, including their single Little One, which he explains “is the end result of contemplating a temporary romantic relationship I knew wouldn’t last, a handful of Gene Vincent records, a bottle of can, and me with an acoustic guitar in an empty NY apartment for the weekend while my roommates were out of town.”

To celebrate the release of the album Jeremy & the Harlequins hit the UK for a run of dates opening with a Manchester gig at Night and Day.

When do Jeremy & the Harlequins headline at Manchester’s Night and Day?