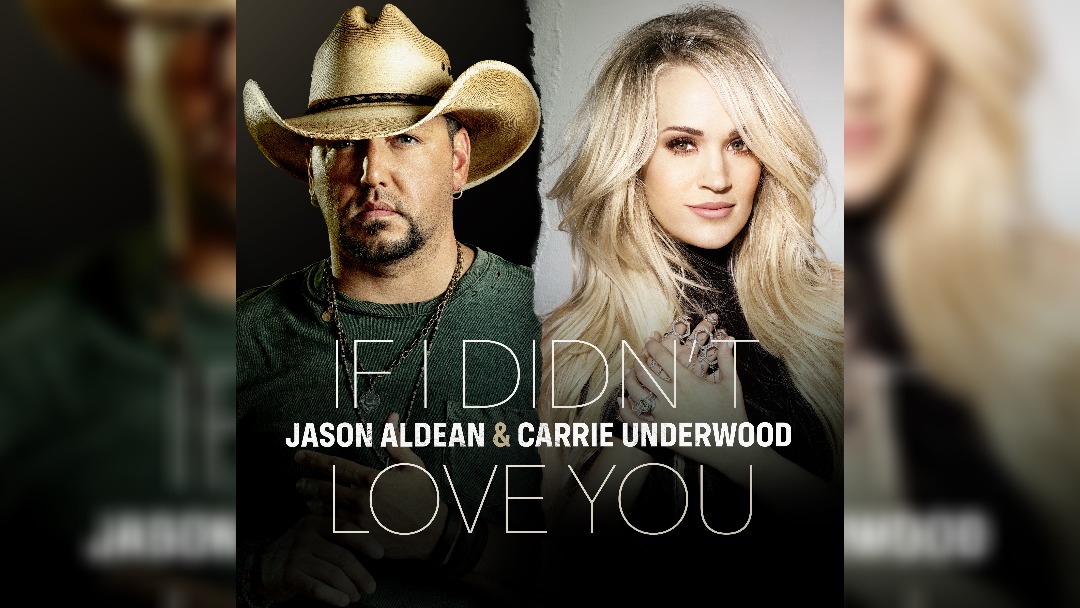 Jason Aldean and Carrie Underwood have teamed up for latest release If I Didn’t Love You, which is out today.

The release follows Aldean’s 25th US number one single this week Blame It On You and sees him dueting with seven-time Grammy-winner Carrie Underwood.

The release comes as Jason Aldean starts gearing up towards his Back In The Saddle Tour 2021 which launches in August with special guests Hardy and Lainey Wilson.  Aldean’s previous studio albums have been certified Platinum or more, while bolstering 15 billion streams and more than 20 million albums sold. Additionally, Aldean has the most Top 10 song on Billboard’s Hot Country Songs chart, more than any other artists, since making his chart debut in 2005.

Carrie Underwood has sold more than 64 million records worldwide, recorded 27 #1 singles (14 of which she co-wrote), and has seven albums that are certified Platinum or Multi-Platinum by the RIAA, all while continuing to sell out arena tours across North America and the UK. All nine of her consecutive album releases (two of which she co-produced) from the beginning of her career debuted #1 on the Billboard Country Chart, making her the only artist to accomplish that feat.