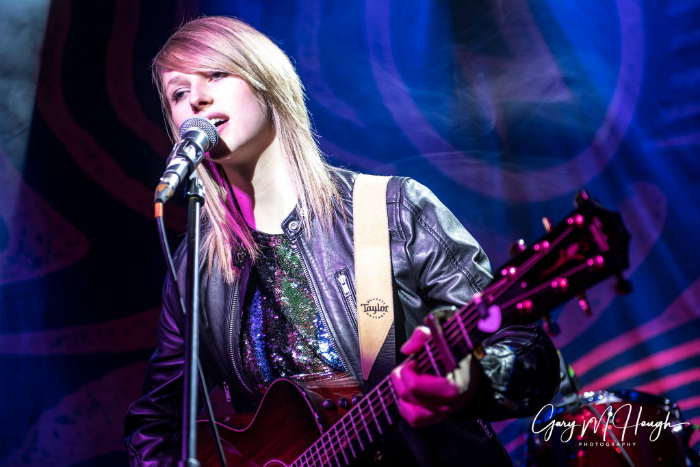 Singer, songwriter and guitarist Emily Lockett is a name which we’re seeing crop up increasingly on the Manchester music scene.

Who is Emily Lockett?

Singer, songwriter, guitarist Emily Lockett is a name which is cropping up more and more on the Manchester music scene.  The Stoke-on-Trent native and student at Access Creative in Manchester has spent quite a bit of time performing around the music capital of the UK and will soon be spending more time here, at BIMM.

She was an early starter with music.  As she explains, “I started playing the guitar when I was five. I don’t really know what inspired me then, that was a long time ago. I always just fancied learning the instrument and then I started learning classical music for about a good two years, but it didn’t work with me. I couldn’t read the music properly.” 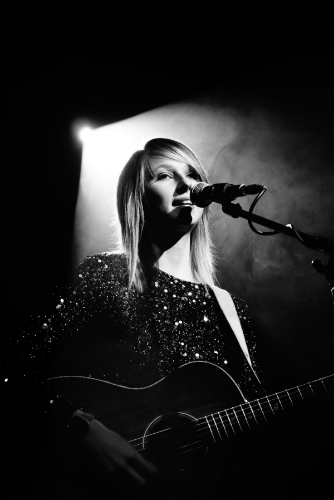 The classical approach (she also played clarinet in a district youth orchestra) eventually gave way to the approach she has now adopted.  “It wasn’t really me,” she explains, “so my tutor decided to teach me chords to enable me to play songs I knew and more popular chart music, and I just went from there and then started writing properly when I was 12. Just because I could!”

Gigging followed quickly on.  At the age of 12 or 13 she was already performing live.  She’s spent the time since honing her performances, discovering herself in front of crowds.  Open mic nights, support shows, headline performances and festival appearances have all helped her discover herself as a live artist.  “I’ve had to work really hard to become a better performer,” she admits.  Last summer was spent performing on the festival circuit at the likes of 110 Above, Lymelight Festival, Staffs Fest, Middle of Nowhere Festival and more.  And in the last six months, she’s had significant exposure on the Manchester music scene with performances at Jimmy’s, The Whiskey Jar, Lily’s, Gulliver’s and Hatch.

Inspired by Taylor Swift, Catherine McGrath and The Shires amongst others, Emily Lockett places herself in the Country Pop genre.  And it’s a good genre to been pinned to, going through a huge growth in the UK over the last few years.

But her affinity with the genre goes back further.  She recalls listening to Taylor Swift’s Fearless album, discovering Lady Antebellum and being struck by their music.

Speaking about her writing process, Emily tells us, “I come up with the music first usually, a chord progression on the guitar. It’s very rare I’ll ever come up with lyrics first. Then usually depending on  how quick the tempo is and also how I feel at the time of picking up the guitar, it usually tends to take shape like that. I might think of a line and go with a story after that. Whether I keep that line or keep that same story depending on how the lyrics fit with the melody, it usually just takes shape over time. … so music first, then lyrics.”  And she’s determined to make sure that she is always completely satisfied.  “I do pick at them a lot,” she adds, “to make sure I’ve got all the best melody and I’ve got the best lines.”

She tells us about the importance of the story within the country genre.  “With this genre though, the story is important in a song … I do think country is very much storytelling.  But with one of my songs, I decided to try and take a more teen approach and try and make it relatable for young girls..… you have to make a song relatable. Not every 14-year-old kid’s in love!”

What is Emily Lockett currently working on?

Emily Lockett is currently working on new material, following her 2016 debut Reflections of Me and 2018 EP My Imagination which was awarded 5 stars by Maverick Music Magazine.

She tells us that this will show a slight change and a reflection of who she is now.  “I probably grew up too quickly after [Reflections of Me] was released in that I decided to take singing a little bit more seriously and writing more seriously,” she explains. That gave rise to the 2018 release of My Imagination to demonstrate more of her current style and personality, “We were just very eager to have something out there that represented me now. The songs I was playing in my set, they weren’t on the EP I was selling to people.  We wanted an EP of my set,” she tells us.  And there’s now no stopping her. “… but now I just want the next one,” she laughs.

She’s determined to continue to evolve as a musician, singer and songwriter, continuing to challenge herself.  “One of the latest songs I wrote was the first non-love story song I’ve ever written. I don’t normally write anything that’s not a love song for some reason! That was a challenge for me to try and figure out what to say in this song, because it wasn’t going to be a love story. The songs for the next EP, whenever it will be, will be a little bit more carefully thought out. I want them to really be the best I can come up with. The songs will be just sorted out a little bit more thoroughly.”

Where can you find out more about Emily Locket?

She then performs again in Manchester at the open mic in The Whiskey Jar on 11 June 2019.

She has a busy 4 months ahead of her with performances lined up in the Channel Islands, Lincolnshire, West Midlands, Oxford, Leeds, Blackpool, Chesterfield, North Yorkshire, London and Suffolk. Full details will be on her website.