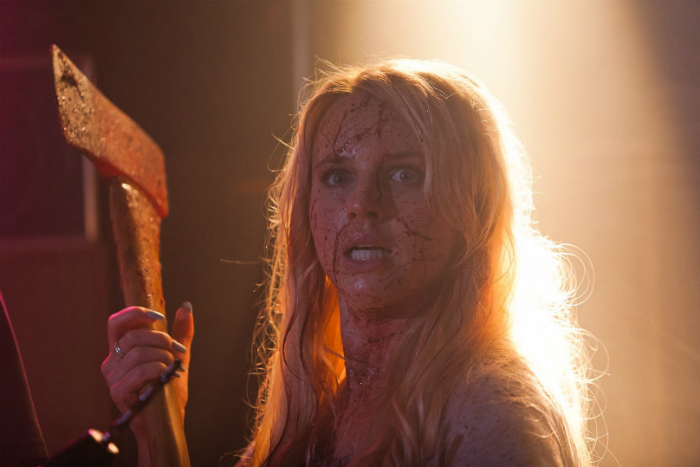 The directors of Manchester’s Grimmfest, the genre film festival, have revealed that they are launching a new production company, Grimmfest Films.

The company will capitalise on the filmmakers who have premiered their work at the annual Manchester Grimmfest Festival.  And they have announced that they are already developing, producing and part financing a number of feature films and streaming content.

The first productions to be revealed include Witchboard, a co-production alongside Falconer Pictures, M2 Media Post Inc and Minds Eye Entertainment.  The movie is a re-imagining of the 1986 hit horror movie from co-writer/director Chuck Russell (Eraser, The Mask, The Scorpion King, Nightmare on Elm Street 3) and co-writer/producer Greg McKay (Night of the Demons).

Grimmfest announce 2019 awards jury and details of prizes and sponsors

Grimmfest Films have also confirmed their involvement in Cidic, from production outfit Other Animal (Poor Agnes).  Cidic stars Lora Burke (Poor Agnes, Lifechanger) and is directed by Audrey Cummings (She Never Died).  The production has been described as Alien meets Invasion of the Body Snatchers and is set to start filming late 2019 in Ontario Canada.

Speaking about the announcement, Grimmfest director Simeon Halligan commented, “With over a decade of cutting-edge genre films and film makers coming through our doors at Grimmfest, we are perfectly placed to capitalise on this carefully selected talent pool in order to produce new, exciting and high-quality genre films. Our ultimate aim is to become the UK’s answer to the hugely successful US genre specialists, Blumhouse”.

Festival director Rachel Richardson-Jones added, “We have an incredibly strong management team in place, alongside an initial slate of projects from some of the most exciting talent in genre cinema. Our growing slate of feature film and small screen projects coupled with our strategic business plan for the company’s growth are already attracting huge interest from potential investors.”

Other productions which GrimmFest Films will be involved in include Deathgasm (Heavy Metal Apocalypse) Part 2, a sequel to the 2015 festival hit; The Blackening from UK horror auter Paul Hyett; Hospice from UK based Joanne Mitchell; Draven, a new spin on the slasher genre; Dollmakers, described as Heathers meets Shaun Of The Dead; supernatural serial killer thriller Past Life; werewolf move The Beast; and Christmas horror Do You See What I See? from Canadian writing/directing duo Serena Whitney and Justin McConnell.

Directors Richardson-Jones and Halligan are set to take their vision for Grimmfest Films to Cannes to discuss the company with interested partners.

Also joining the Grimmfest Films management team is producer Sarada McDermott whose credits including Fighting with my Family and the recently released Tolkien, who commented, “I’ve worked with Rachel and Simeon since co-producing their first feature back in 2008. They started Grimmfest back in 2009 and I know how dedicated they are to showcasing the absolute best new genre talent.  They know film production inside out, they know the exhibition world inside out, they have their finger on the pulse of what’s new in the world of Horror movies and they have impeccable taste. I’m excited to be working with them on this new venture”.