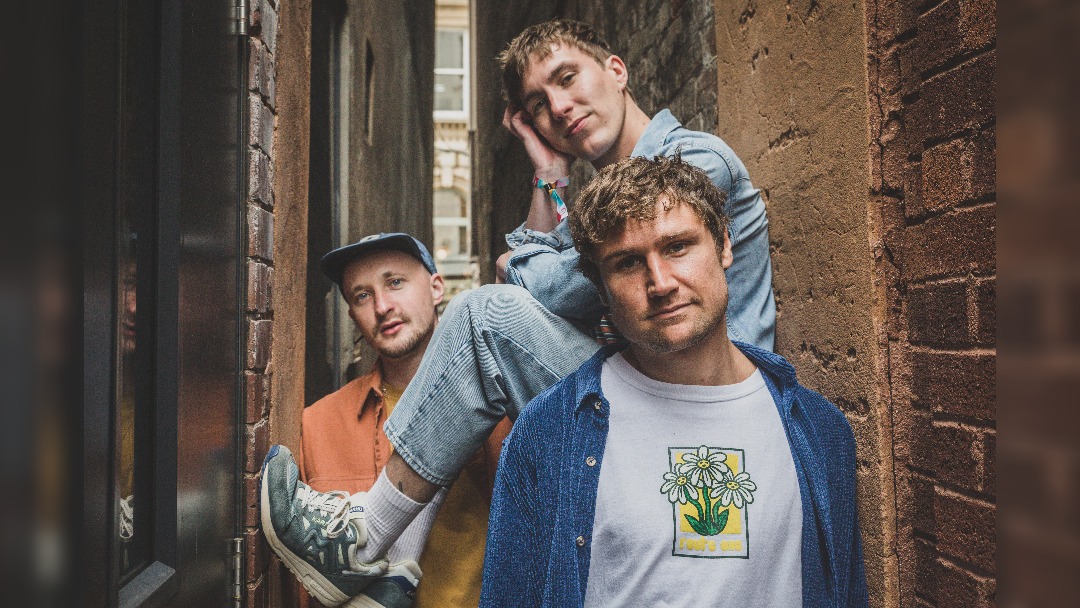 The energetic retro-pop three piece are on a mission to uplift and inspire, and that’s what they do with this track.  It’s a track which urges us to look for happiness and to hold out for better days to come, and in the pursuit of positive mental health.

“This was written at a time when I was feeling down” explains frontman Alex Johnstone, “and I couldn’t find the inspiration to write a song, then the words ‘Find the Light’ came to me and the song materialised. I hope that it resonates with anyone who feels stuck in their head and gives them hope to keep going. This is particularly poignant for me right now as I have just lost my father who was my biggest hero and musical mentor and I know he would want me to pick myself up and keep positive.”

Find The Light treads a beautiful line between retro and modern; upbeat but laid back; drawing on funk, jazz, pop and soul.  There are soaring vocals, groovy rhythms and plenty of energy.  There’s also plenty of subtle undertones – we’re fairly sure we spotted a nod to Baywatch in the keys.

It’s a track which could as easily be a foot-tapping dance-along as it could be a Sunday morning chill out.

Find The Light follows on quickly from Come Along, which picked up strong critical support earlier in the spring.

The release also comes ahead of their scheduled album release later this year.  The upcoming album was written as the band locked themselves away in the studio through lockdown, marking a contrast from supporting Wolf Alice and a huge festival season.  The album is inspired by 60s and 70s songwritting and the likes of The ROlling Stones, Jamiroquai and Primal Scream.