In Review: The 1975 at Manchester Arena 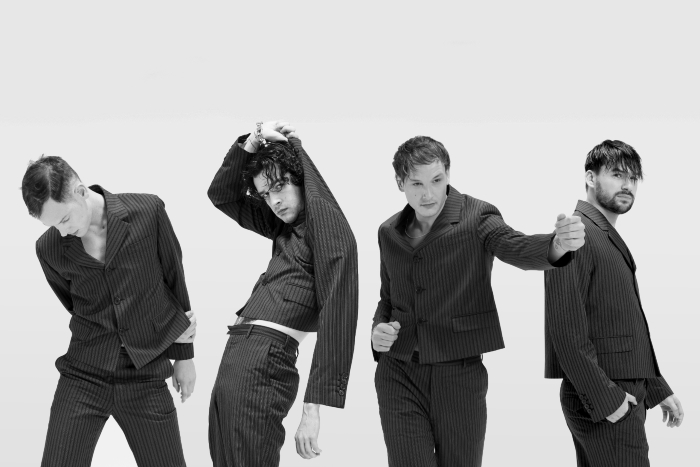 The crowd hang on every lyric, every word, every motion as The 1975 headline at a packed Manchester Arena.  It’s quite a scene.

Ahead of the release of their next album, The 1975 headlined at Manchester Arena.  Notes on a Conditional Form is due for a release this spring, although there’s a suspicion it may be delayed further as vocalist Matt Healy tinkers with it, striving for absolute perfection.

Before The 1975 comes Dirty Hit label mate Beabadoobee, who is supporting them on their arena tour.  And if you haven’t caught her yet and weren’t at this gig, make sure you see her next time she is in the city.  In fact, even if you have seen her before, go anyway because she is one huge talent.

The 1975 open their set in an upbeat fashion with People.  During a period of flickering lights and sounds, Healy takes to the stage supported by crutches which he soon discards.  Through the performance he regularly finds himself reverting to them and admitting that he injured himself in over excitement at performing at the arena.

It barely seems to hamper him.  He is lively and energetic throughout.  He is constantly on the move, whether by himself, joining in with the dancers or moving along a travellator.

The set is a sight to behold.  Though not a surprise to those who have seen The 1975 live before, it’s impressive.  Huge screens, apt imagery, and a constantly shifting setting make for an entertaining and attention grabbing scene.

The performance takes in tracks from across The 1975’s previous albums A Brief Inquiry Into Online Relationships, I like it when you sleep, for you are so beautiful yet so unaware of it, and The 1975.  It strikes the perfect balance between the old and embracing the upcoming album.

The signs for Notes on a Conditional Form are good –the as yet unreleased If You’re Too Shy (Let Me Know) is a stunning track full of retro vibes and the wistful Guys which he dedicates to his 16 year old self pulls at the heartstrings.

He shortly afterwards dedicates the impassioned and emotive Somebody Else to the 26 year old you out there.

The evening is largely low key and mellow, but the oft relaxed show has the crowd dancing away throughout and cheering every track.  The atmosphere is sensational for the roof-raising Lostmyhead.

They leave the stage after a beautiful, emotional rendition of I Always Wanna Die (Sometimes) which has every single person in the venue fully entranced.

As the set ends Healy asks the crowd to pay attention for a few minutes and listen to the voice of Greta Thunberg who speaks about the need for urgent action on climate change.  There are a fair few who treat it as an opportunity to replenish their glasses.

But the 1975 are at their best as they move through the gears, and after the segment comes to an end they burst back on stage for the encore, launching in to a ramped up version of Love It If We Made It and end off the evening with Chocolate, Give Yourself a Try and The Sound bringing the gig to a close.