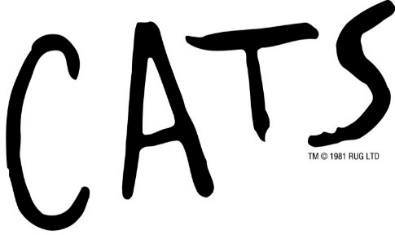 There’s a noticeable buzz in the air at Manchester Opera House as it fills to the brim awaiting the start of Cats, one of the most successful and longest-running shows of the West End.  There’s even champagne being popped surreptitiously in the seats, boxes of After-Eight mints being shared around.  It’s clear that everybody is excited to be in the venue and eager for the show to start.

Such is the activity and bustle taking place in the venue that the start is delayed ten minutes whilst people still file in.  It only adds to the excitement and anticipation. 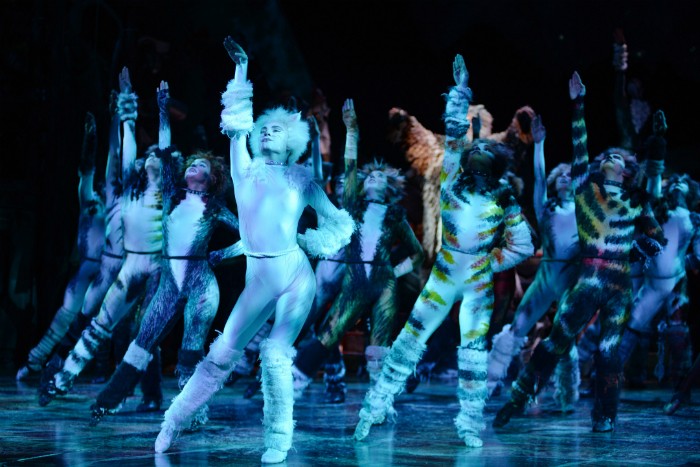 The show is based on T.S. Eliot’s Old Possum’s Book of Practical Cats and has now been performed in 15 languages in over 30 countries to more than 73 million people, scooping multiple awards along the way and its easy to see just why it has been so successful.

From the outside it is a visual and audial feast and the audience is transfixed from the moment Tim Davies’ orchestra strikes the first notes of Jellicle Songs for Jellice Cats.  As the whole company of cats walks through the audience, dressed in the most wonderful of costumes the atmosphere builds to a stunning opening against a busy and ornate junkyard setting.

The performances by the orchestra and the entire cast are outstanding.  But two particular solo moments stand out as Anita Louise Combe (as Grizabella) performs Memories and Marcquelle Ward (Rum Tum Tugger) leads a raucous version of The Rum Tum Tugger much to the audience’s delight – it’s full of energy, rhythm and attitude.

Emily Langham (Rumpleteazer) and Joe Henry (Mongojerrie) also delight as the mischievous duo of cat burglars, who bring to mind my own cat who has a habbit of stealing cat toys from other people’s houses!  Their commedy number is excellent, performed and choreographed to perfection, much like the entire show.

There is the odd moment where the vocals are a little difficult to decipher, but this is a minor quibble in an otherwise excellent performance.

Cats excels by combining the stunning visual aspect with the excellent music.  The storyline is, to some extent, irrelevant as we are allowed to revel in a show of outstanding fun and enoyment, one which easily demonstrates why it has enjoyed such success and won over so many fans over the last 35 years.

Cats runs at Manchester Opera House until Saturday 13 February 2016 and shouldn’t be missed … whether you’re a cat person, dog person or neither!