In Review: Baby Queen at the Deaf Institute 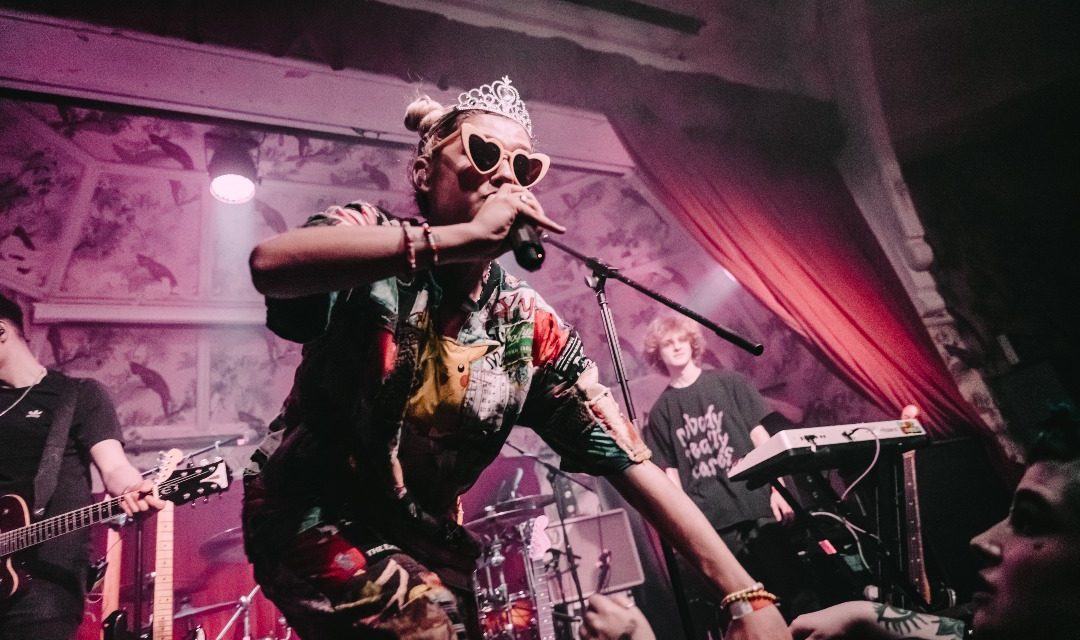 When an artist is jumping in amongst the fans barely minutes in to the set, you know it’s going to be full throttle for the rest of the show.  And that’s exactly what Baby Queen did … and then delivered.

Baby Queen has been on my radar for quite some time now, but this is my first opportunity to catch her live – it wont be the last time I see her live that’s for sure!

Let’s take a moment though to talk about Kayla Grace who opens the show.  I’ll admit it, I wasn’t familiar with Kayla Grace.  But now I’ll be keeping an eye out for her going forwards.  In front of the sold out Deaf Institute, she delivers a string of heart-felt, beautiful but simultaneously dark and edgy tracks.  Everybody in the rooms seems to be entranced with her.  She laughs, jokes and tells the very personal stories behind the songs to a very attentive audience.  In moments she has completely won over the venue and picked up a fair number of new fans along the way.

When Baby Queen hits the stage, it’s all action.  She’s been on a huge upwards trajectory over the last 18 months or so and it tells.  Fans scream and show as she blasts her way through an exhilarating set which tells of the excitement, confusion and woes of the generation.  It’s fair to say she has a fair bit of energy as she moves around continuously on stage, frequently reaching out to the fans in front and on the balcony just above, even getting in amongst the audience right at the outset.

There’s an instant and unbreakable connection between Baby Queen and the sold-out venue.  And it’s understandable.  Baby Queen sings honestly of the issues of the generation.  Nothing is off the table and she approaches things head on.  It’s all highly relatable and her music is incredibly catchy and perfectly delivered.

Her interactions with the fans form a huge part of the set, whether it’s storytelling, laughing and joking with the or even borrowing people’s phones to take selfies.  In fact one fan goes so far as to throw his phone on to the stage much to Baby Queen’s surprise and amusement – she happily obliges.

As much as the set is incredibly upbeat and lively, with tracks such as Internet Religion and Narcissist standing out, there’s also a more subtle and relaxed feel from time to time.  The stunning These Drugs really hits home as she dials it back for a moment.  Throughout she weaves a grungy feel in to pop, rock and dance.

It’s enthralling.  There’s no doubt that the fans packed in to the Deaf Institute are heading home happy, and it’s a fair bet to say that next time they see her headline she’ll be selling out much larger venues.  In the meantime Baby Queen will support Olivia Rodrigo at Manchester’s O2 Apollo in July.