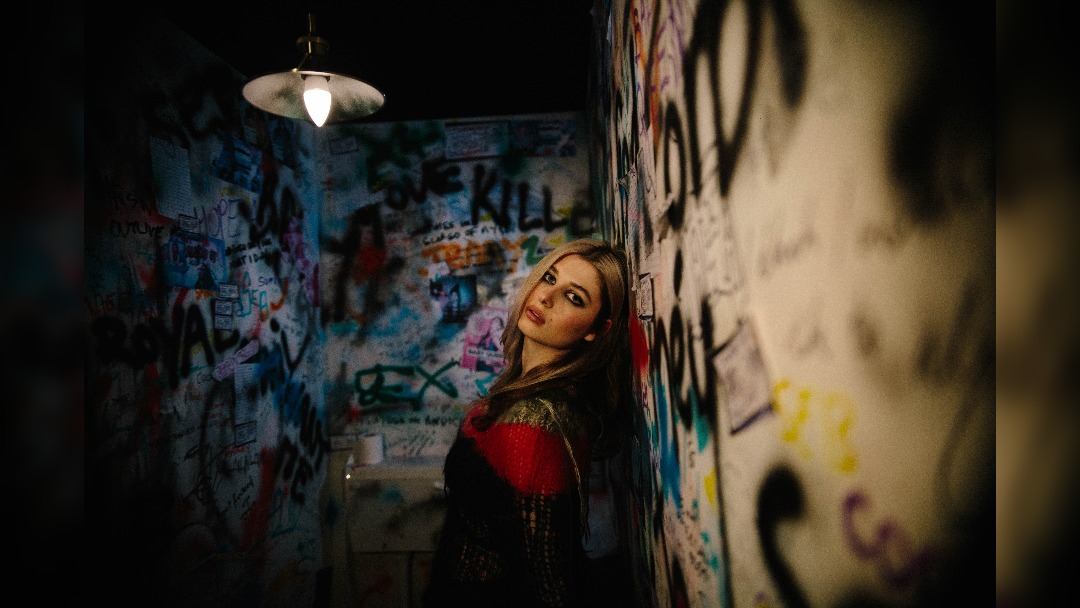 Rising anti-pop star Baby Queen has shared her latest track These Drugs, together with a video for the song.

The highly personal These Drugs sees Baby Queen in a fiercely honest and direct manner as she moves on from last year’s debut EP Medicine.

Baby Queen, aka Bella Latham, explains, “I wrote this song when I was in a really bad place which was characterized mostly by this idea that I wasn’t a good person and didn’t deserve good things. I think for so long, there were so many parts of myself that I was refusing to acknowledge or pay attention to, and when you ignore your own pain or refuse to face up to your mistakes, you can get yourself into a self-destructive cycle, which is ultimately what ended up happening. I think escapism is necessary, and we all find our escape in different places, but some are just healthier than others. I knew I was taking a risk when I decided to be so uncomfortably honest in these lyrics, but I also knew I had to share this story with people because we all have a monkey on our back and self-destruction is a stranger to nobody. I really want people to know that there is a better life waiting for them should they choose it. If you can learn to like yourself and learn to understand and accept every part of yourself (even the darkest ones), then you won’t feel the need to run away. You really do have the strength to build the life you want to live, and I think I can be proof of that to somebody.”

These Drugs is accompanied by a video inspired by the first line of the song, ‘I don’t wanna do drugs anymore.  If you saw me through the eyes of a bathroom stall, your skin would crawl.’  As she continues, “I became really obsessed with the idea of only ever seeing somebody through the eyes of different bathroom stalls. I think if somebody were to watch actual footage of me in every London bathroom stall I’ve ever been in, they would see some of the most euphoric moments of my life, as well as some of the darkest – and I really wanted to re-create that. I came up with this idea to build four completely different bathroom stalls with different energies and narratives, and to just allow the actions to happen naturally inside each one.  I’m really proud of this video, because it was directed by my genius of a creative director at Polydor Semera Khan and my amazing creative commissioner Saorla Houston. I really believe in them and think they’re incredible, so one night I said ‘guys why don’t you just do it? Why don’t we just do this together?’ It’s the best shoot I’ve ever been on the set of.”