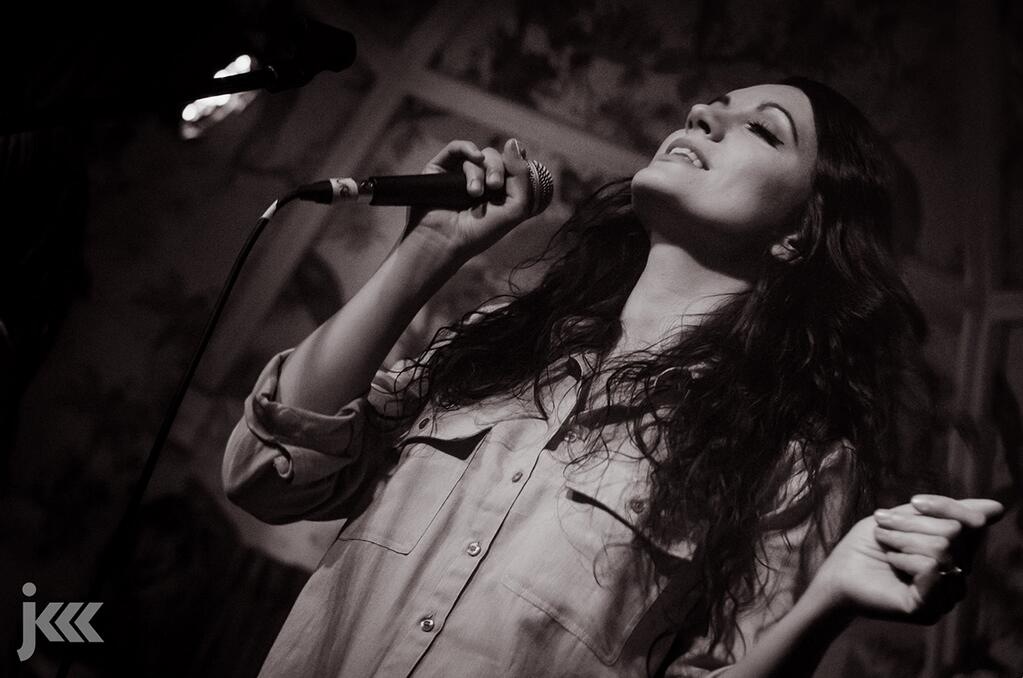 When we first saw Kristyna Myles at the Deaf Institute earlier this year on the launch of her incredible debut album Pinch Me Quick! we knew instantly that she was a special talent.  The next few months saw this cemented with a Mobo nomination, GTA Award and a headline appearance at the Manchester Jazz Festival.  Now, she’s planning the follow up album and the tracks she has already performed live suggest that this will be quite something.

We caught up with the Manchester based singer, who has toured with the likes of Chris de Burgh and Lisa Stansfield and received priase from Paul Weller for her beautiful cover of The Style Council’s The Paris Match to find out a little bit about the album and the funding campaign she is running through Pledgemusic (you can pledge here – in fact we’ll go further … you should pledge to make this happen!).

What is the inspiration for the title of the album, Paint A Brighter Day?

My aim through this album is to encourage the listener with uplifting songs and I hope to do just as it says in the title- to paint your day brighter- whenever and wherever you play the album. The content of Paint A Brighter Day is reflections on lessons I’ve learned on my journey so far, some written when I’m sat at the piano and some co-written with my good friends – Ben Williams and Jess Cook. We’re all on our own journeys and I feel like being open about lessons I’ve learned can hopefully help people with theirs. I know music has helped motivate me through times and I hope that this album can be a positive influence for the listener, even if that means putting it on in the kitchen whilst you’re washing your dishes and busting out your best dance moves.

The title is from a lyric in one of the songs which is something I like to do with albums (the title ‘Pinch Me Quick’ which was my debut album was taken from a lyric in one of my songs called ‘Wouldn’t Change A Thing’). One of the songs on Paint A Brighter Day ‘It’s not about you’ is about how certain people inspire me with their selfless attitude, always putting others before themselves and that blows me away and they paint my day the brightest it can be so I wanted to honour them with a song.

Your debut album was excellent.  Will your next album have a similar feel and style to Pinch Me Quick?

Thank you so much, I’m so glad you liked it! There’ll be some common denominators with Pinch Me Quick and Paint A Brighter Day which are super important to me and that is having my band playing. I’m blessed to have amazing musicians who are my friends and who want to continue to perform my songs with me. We met at Salford Uni and have been performing together ever since.  The quality of the musicianship will be the same, in fact we keep developing and improving so this will be even better! Stylistically there’ll be similarities as I love soul, jazz and gospel and this has informed my song writing style.

We’ll be working with Mercury Prize Nominated Producer Andy Ross who co-produced my version of The Paris Match which I’m so excited about. His ethos is all about capturing the best performance in a superbly designed studio (with acoustics in mind) with the least bit of alteration in post production as possible. I love that because for me also it’s about harnessing the best in a performance and having a strong idea in pre-production of the arrangement so that when you’re recording you can focus solely on your delivery  of the lyrics and create the best work possible. I’m against ‘auto tune’ too as is Andy and we have the same visions in creating an authentic timeless classic album.

What stage is the album up to?

All the songs are written and we have performed the majority of them as a band at Manchester Jazz Festival so we’ve looked at the arrangements together, there are some tweaking to do before we go in the studio which we’ll solve. Once we reach the Pledge Music Goal we can go in the studio and make the magic happen! People can still pledge to come into the studio whilst we record the album to be a part of the process.

What inspirations are you drawing on for your new album?

Stylistically from all my band members is their amazing ability and I’ve been inspired by Gregory Porter’s album Liquid Spirit. In ‘Liquid Spiirit’ right down to hearing the double bass clicks, it’s incredible the clarity with which you can hear every note and vocal delivery. I’d love to deliver a classy album such as that and we’ll use that as a bench mark.

When do you expect it will be available to your fans?

Once we reach the funding goal at the end of November our first recording session will be before Christmas going into January. We’ll have the finished product in March.

How much are you looking to raise and what will it cover?

If it’s OK I’d like to keep the actual figure private but as you can imagine creating an album all adds up! The funding goal will cover the studio and producer costs, session fees for the band, manufacturing of the CD, the MCPS licence, online PR agency , cost to upload to itunes, amazon mp3 & spotify and CD packaging album artwork design. These are the very basics I’ve learned to get an album created and distributed as an independent artist.

What ‘rewards’ can fans look forward to as part of the pledge campaign?

There are a range of exciting incentives people can pledge for. As soon as you pledge you gain access to behind the scene exclusives which includes Smyles Sunday acoustic video performances.  Each Sunday I post a brand new acoustic performance in a new location of tracks from Paint A Brighter Day. You can pre-order the album as an mp3 or CD, have me write a song for you or have a vocal master class! Have a look here on my pledge page for all the incentives:  www.pledgemusic.com/projects/kristynamyles

Pledge funded albums are become increasingly popular.  What do you attribute this to?

More artists are finding they don’t necessarily need to wait for that record deal to get their music to their supporters. Ultimately the goal when making music is to connect with your supporters and create a product of your best work for them. The main obstacle in making an album is funding, if you have demand for your music from supporters then PledgeMusic is a great platform to connect and join forces with your supporters. Through offering exclusive opportunities and the option to pre-order  the album the funding is made possible.

What are the biggest challenges you are facing in doing this?

The biggest challenge is the time constraint and introducing a still somewhat new concept of crowd funding to supporters. It’s imperative to have a time goal so you can plan everything from recording with your band to the release date and honouring all the incentives. However, if we don’t make the goal in the 60 day period then it’s back to the drawing board.

Will you be performing any gigs / touring to promote the pledge campaign or the album?

Once the album has been created then I’ll be booking dates across the country to perform in and hopefully paint lots of people’s days brighter! I’m looking forward to performing all the new tracks but of course firstly the goal is to reach 100% of the funding goal. I’m hopeful and excited about this album and am grateful to all the amazing people who have pledged already! 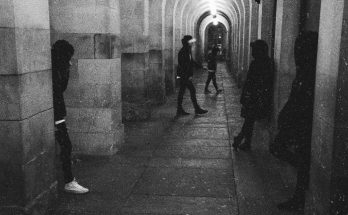