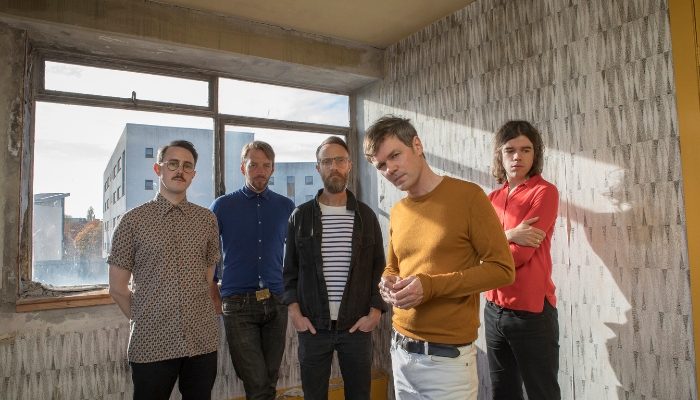 Idlewild have announced a run of UK and Ireland tour dates for November including a Manchester gig at the O2 Ritz.  The group are set to celebrate 25 years as a band with a series of An Evening With Idlewild anniversary shows.

Idlewild were formed 25 years ago in Edinburgh by Roddy Woomble, Colin Newton and Rod Jones, naming themselves after the quiet meeting place in Lucy Maud Montgomery’s classic children’s novel Anne of Green Gables.

In that 25 years they have released nine studio albums, taking in genres including underground US rock, indie rock, country rock and folk.  Their albums 100 Broken Windows and The Remote Part were critical and commercial hits, and proved influential for a whole new generation of Scottish bands.  They have scored 8 Top 30 singles and 6 Top 30 albums along the way.

They have now announced a six date UK and Ireland tour to celebrate 25 years as Idlewild.  The tour includes a Manchester gig at the O2 Ritz and concludes with a massive homecoming show at Edinburgh’s Usher Hall.  An Evening With Idlewild is set to showcase the band’s back catalogue, featuring surprises and past band members, taking in tracks from their earliest singles through to most recent album Interview Music.

Speaking about hitting the 25 year mark, frontman and singer Roddy Woomble said, “When Rod, Colin and I met and formed Idlewild in 1995, I don’t suppose any of us expected that we’d still be playing shows and recording songs together twenty five years later.  It feels great to get the chance to celebrate the records and songs we have made together over the last quarter of a century with our fans, and these very special concerts will feature all the band members who have been part of the Idlewild family and story since 1995.”

When do Idlewild headline at Manchester’s O2 Ritz?

When do tickets go on sale for Idlewild’s UK and Ireland tour?

Tickets for An Evening With Idlewild go on sale at 9am on Friday 13 March.  A mailing list presale opens at 9am on Wednesday 11 March.