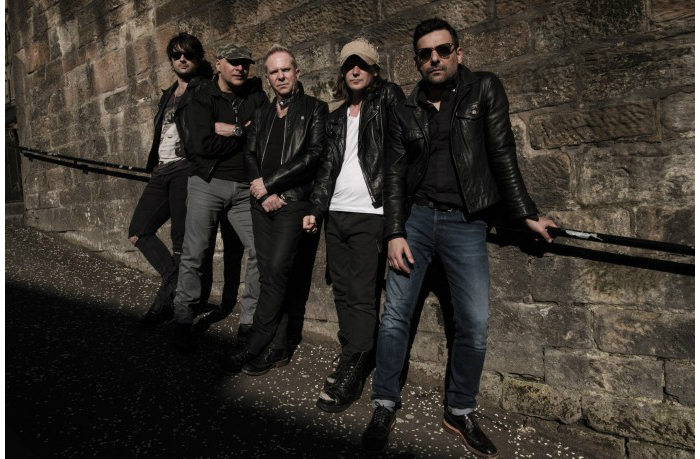 Gun are releasing an exclusive live video of featuring their current line-up, which includes original guitarist Alex Dickinson, today, as a taster of what to expect on the upcoming run of shows which takes in Manchester Academy 3 on 12 October.

Teasing fans, they are releasing a new live rendition of their chart conquering song Word Up.  The track, originally by Cameo, was startlingly re-invented by Gun for their classic 1994 album Swagger and subsequently witnessed the band scoop the gong for Best Cover Version at the inaugural MTV EMAs the same year.

The news follows the recent announcement of Dickson joining the band on stage at Glasgow’s Stag & Dagger Festival, which the Scottish Sun called “Effortless class”, while the Sunday Mail called the show “breath-taking” and “a real highlight”.

Dickson is famed for his playing on the Gun’s acclaimed long-players Gallus (1992) and Swagger (1994). The highly in-demand axe-man has since lent his unique services to an array of touring bands of the highest order, including the likes of Calvin Harris and Robbie Williams.

Gun’s Jools Gizzi commented, “Alex was an integral part of the band during the ‘Gallus’ era and featured on GUN’s biggest hit ‘Word Up’, which appeared on the ‘Swagger’ album. His phenomenal guitar playing always made a massive impact at live shows and we really can’t wait for you all to see him play live again. We’ve been working away in the studio, writing for the next GUN album. We can’t wait for the fans to hear the new material.”

Gun perform at Manchester Academy 3 on 12 October 2016.  Tickets are out now.