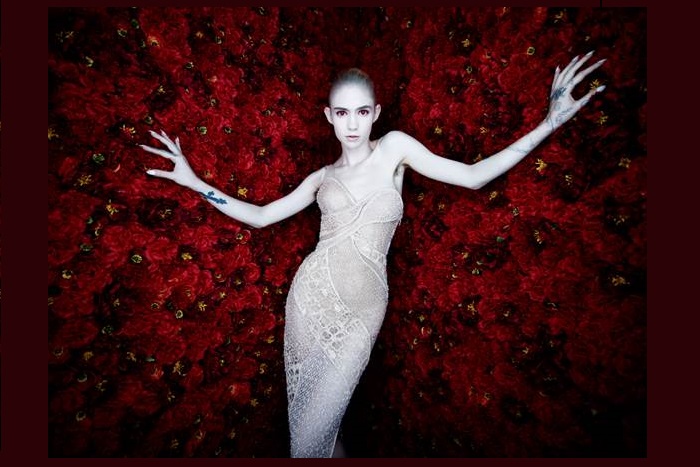 Grimes has announced a UK tour for March 2016 which will see her performing at Manchester Academy on 12th March.

The tour marks her first headline dates since 2012.  The self-taught producer, singer, and multi-instrumentalist’s live performances have been described by Dazed as being like a “pop idol from another dimension”, and are guaranteed to be a euphoric, stimulating experience like none other.  The long-awaited follow-up to her critically regarded third album Visions is expected this autumn.

Beginning in Berlin and running through major venues in Oslo, Stockholm, Paris and more the Ac!d Reign tour will culminate in eight dates throughout the UK and Ireland.  Grimes will be supported by special guest, synth-pop princess HANA.

Tickets for Grimes performing at Manchester Academy on 12 March 2016 go on sale at 9am on Friday 9 October priced £18.50 plus booking fee.