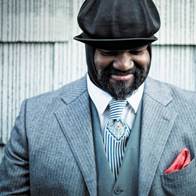 Grammy Award-winning  jazz/soul  singing sensation Gregory Porter –  is proud to announce a  16 date 2016 tour around the UK.  The tour opens  on 4th April at the Royal Albert Hall, London and hits Manchester’s Bridgewater Hall on 8 April 2016.

Gregory Porter, continues to perform to sell out audiences across  the world and has achieved international recognition and acclaim with his Grammy winning selling album Liquid Spirit.  In the UK alone, the album is certified gold and has had staying power in the Official Album Charts – for 80 weeks since release.

On the back of a steaming set at Glastonbury and other recent shows Porter has drawn comparisons with the greatest of the greats, such as Joe Williams, Nat Cole, Donny Hathway and Marvin Gaye.

In Review: Sol3 Mio at the Lowry Theatre
In Review: David Serero at the RNCM
In Review: Charlie Cooper at Manchester Jazz Festival