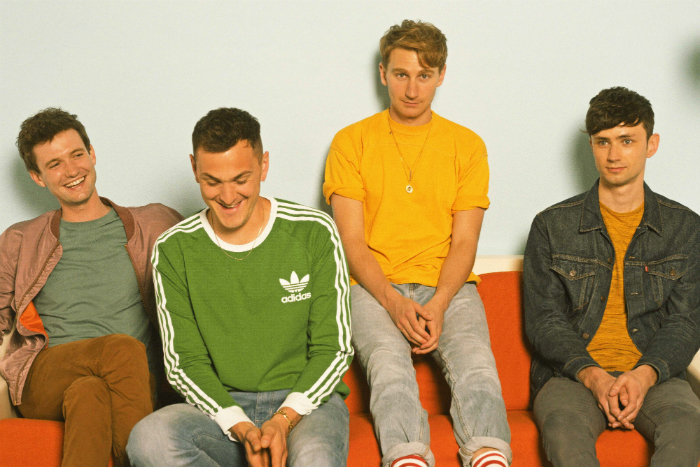 Having already sold out their October Manchester Academy 2 date, Glass Animals have announced that they will be returning to Manchester for a show at the Albert Hall in March 2017.

The news comes as they release the new video, and game, for new single Season 2, Episode 3.  Inspired by lead singer Dave Bayley’s vision, director Whoopi set about creating a pixelated yet futuristic metropolis. Whoopi has combined his loves for art and computing and now works on a variety of projects ranging from high-profile commercials and international music festivals, to mobile apps. He says of the video: “Dave (Bayley) reached out and expressed how he would love to take the character he created for the single (S2E3) and place her in a video game environment. With that info, I pulled different video game references from our childhoods to implement in the music video. I grabbed references from different video games from the late 80s and early 90s. With that, I was able to create a music video that was new, fun and fresh with a hint of nostalgia.

The final stage of the video’s video game will then in turn be turned into an interactive video game app, which will be available at the end of October. Whoopi explains: I wanted to be able to give fans of Glass Animals a chance to go beyond the music video with a mobile app that allows them to play the music video as a video game from their phones and browsers. The music video is already pulled from all types of retro games, so it’s only right to make it interactive by putting the control of the video into the hand of the fans.”

Dave Bayley says of the track: ‘Season 2 Episode 3 is about that person we all know who sits around all day playing video games, bingeing on Netflix, ordering uber eats, smoking and basically doing NOTHING. The sonics I put around the song were meant to reflect what she hears and sees every day. TVs going on and off, 8 bit synths, whirling fizzy sounds to represent the haze of pot smoke, vibrato on everything to make it all quite wavy, lyrical nods to assorted psychedelic cartoons.  I wanted the video to push that idea further. To visualise her world, and then to visualise that feeling we get when we’ve gone too far and spent too much time on a computer and you try to hit ‘undo’ in real life, or when you watch too much Narcos and you start to think everyone around you is a Colombian drug smuggler. So I wanted her life to morph into a video game, and for that video game to be playable! Who better to do that than Whoopi!’

Using overheard stories as inspiration to create new, fictional characters, many of lead singer and producer Dave’s lyrical ideas came from live recordings of people saved to his phone, as though he’d been operating as some sort of roaming journalist all this time. “Sometimes I just record people. I have hours and hours of rants from taxi drivers, heartbreaking stories from mothers at bus stops, bizarre and disgusting confessions from people at street parties outside of shows. People are amazingly open when they know they’ll never see each other again.” The voice notes combined with autobiography sparked ideas for characters that Dave developed, writing an album like a TV screenwriter might approach a script. “I’d obsess over what they ate, where they lived, what their furniture looked like, what they wore” he adds.

Tickets for Glass Animals performing at Manchester’s Albert Hall on 18 March 2017 go on sale at 9am on Friday 14 October.