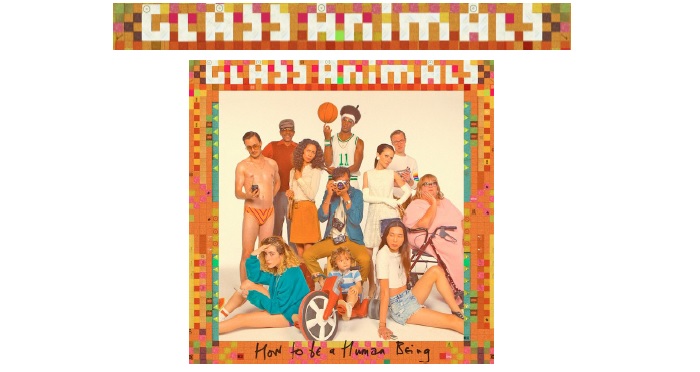 Glass Animals have announced a Manchester gig, to take place at Manchester Academy 2 on 26 October 2016.

The news comes just over two months ahead of the release of their latest album How To Be A Human Being, set for release via Caroline International/Wolf Tone on 26 August.

How To Be A Human Being is a scrapbook of their time spent on the road, gathering memories and perceptions of different types of people from all around the world. Many of lead singer Dave’s lyrical ideas came from live recordings of people saved on his phone, as though he’d been operating as some sort of roaming journalist all this time. “I try to sneakily record people, and I have hours and hours of these amazing rants from taxi drivers, strange people we met outside of shows, people at parties. People say the strangest shit when they don’t think they’re ever gonna see you again.”

The voice notes sparked ideas for characters that Dave developed, writing an album like a TV screenwriter might approach a script. “I’d obsess over what they ate, where they lived, what their furniture looked like, what they wore,” he laughs.

Unveiled in mid May as Annie Mac’s Hottest Record, Life Itself has already elevated the band’s sonorous buzz to a whole new level. The track is an immersive, exotic and characteristically off kilter earworm, reintroducing the band in the wake of their sensational ascent into a force to be reckoned with.  Dave makes a point of not listening to his contemporaries when making music, preferring to look inwards to the world Glass Animals have built. In crafting this record, his thoughts returned to one factor he couldn’t even dream of on Zaba the huge live audiences they’d been drawing. “You sense what the crowds react to: big drums, bass, high tempo.” Glass Animals’ debut Zaba, released on Paul Epworth’s label Wolf Tone, has so far sold nearly half a million copies worldwide and amassed a staggering 200 million Spotify streams, obliterating all expectations simply by word of mouth. Their anomalous rise has gained the Oxford fourpiece a legion of fans all over the world, including festival appearances at the likes of Falls in Australia, Coachella, Bonnaroo, Lollapalooza, Glastonbury and has resulted in the band playing 2 sold out headline shows at LA’s 2000 capacity Wiltern and NYC’s 3000capacity Terminal 5.

Tickets for Glass Animals performing at Manchester Academy 2 on 26 October 2016 go on sale at 9am on Friday 10 June.