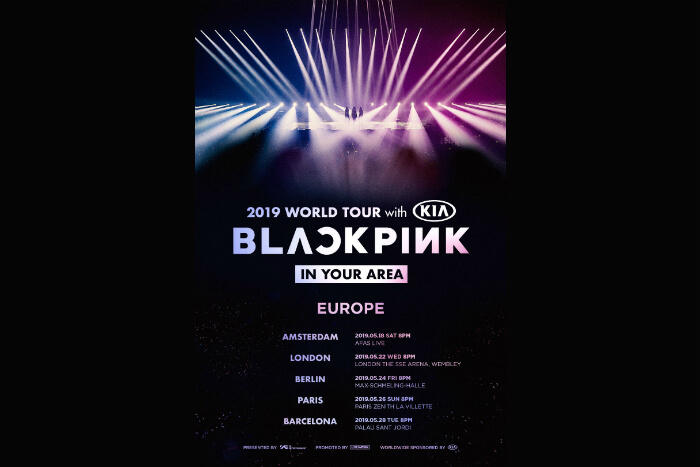 Blackpink, the huge KPOP pop group, have announced that their Blackpink 2019 world tour will come to London.

The show will see the four members (Jisoo, Jennie, Rose and Lisa) performing their hit songs, remixes and solo stages.

Blackpink first found success with their debut single Square One in 2016.  Subsequent EP and single releases have seen them hit the charts in Korea and internationally.

Their single As If It’s Your Last which was released in 2017, gave them the title of the fastest girl group to reach 400 million views.  They then broke their own record with the latest EP Square Up in 2018.  The EP also saw the release of single Ddu-Du Ddu-Du which hit the number 55 spot on the Billboard Hot 100, making it the highest charting hit by a KPOP girl group.

When do Blackpink headline in London?

When do tickets go on sale for Blackpink’s London date?

Tickets for Blackpink at London’s SSE Arena Wembley go on sale at 9am on 5 February 2019.