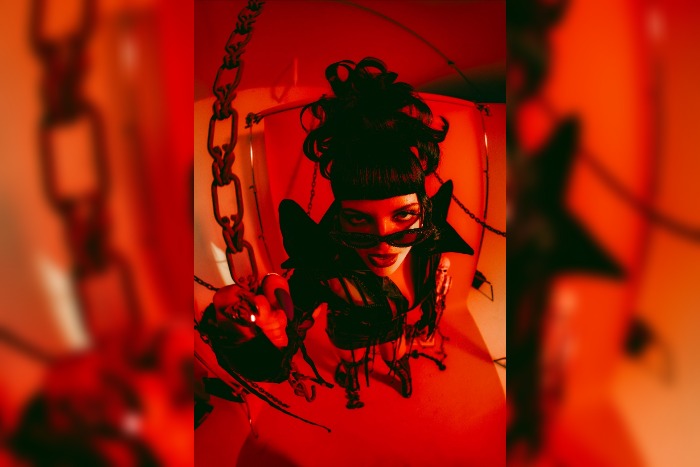 Faangs has released her first single, Huh, from upcoming album Teeth Out, introducing listeners to her take on pop music, influenced by trap and rock.

The track is accompanied by a video marking the perfect fit for the dark and moody release.

Speaking about the track, Faangs explains, “The FAANGS vibe is so big, so much to swallow at one time, that I needed something that kicked in the door. That song is just me genuinely out here, trying to be myself. It’s a light on how the world is about to be in for a lot of personality.”

Huh marks Faangs’ first release from the album, which she has fought hard to achieve since getting her first hint of a professional music career aged 12.  Her teen years saw her working 18 hours a day, 6 days a week, spending time on the acting circuit and learning harsh life lessons.  “It gave me the hunger,” she says, “but I was so naïve about putting my soul on the line and letting people take advantage of me. You can lose sense of what real life is, and you see that not everyone has the best intentions. But I lived so much life in such a short amount of time, and now I have so much to talk about.”

With her debut album Teeth Out on the horizon, Faangs has also found time to co-write on Ashnikko’s Cry featuring Grimes and appear alongside Felix Jaehn and Gashi on Sicko.

Speaking about Teeth Out she says, “The project is maybe a bit dark, but it hits so hard and the beat makes you move – it’s full of rage, but you can also bop to it in a car. Maybe that’s just me…full of rage but always wanting to bop.”