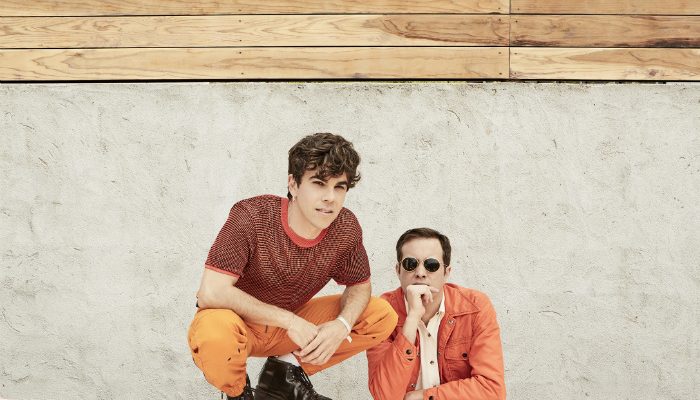 The KIN World Tour comes in support of their upcoming album, with the pop duo taking their tour throughout North America and Europe.  Their UK dates will see them joined by special guest Petrie.

For every ticket to the KIN WORLD TOUR sold, $1 will go to Stand for Children, an organization focused on ensuring all students receive a high quality, relevant education, especially those whose boundless potential is overlooked and under-tapped because of their skin color, zip code, first language, or disability.

The tour announcement comes alongside a new remix of Electric Guest’s latest release Dollar.  The track has been remixed by French rapper, DJ and producer 20Syl.

Dollar was the first release off the duo’s upcoming LP which will mark Electric Guest’s first full-length release in two years, as well as their first new music since Taccone earned a Grammy Award for co-writing and co-producing Portugal.

When do Electric Guest headline at The Deaf Institute, Manchester?

When do tickets go on sale for Electric Guest’s UK tour dates?

Tickets for Electric Guest’s UK tour dates go on sale at 10am on Friday 6 September.