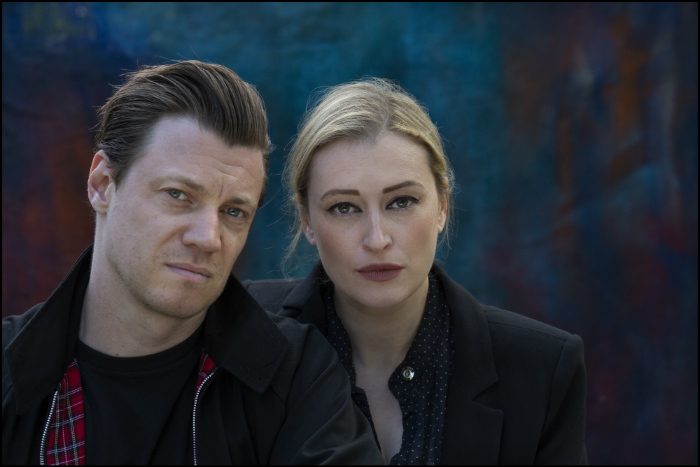 The Rails (Kami Thompson and James Walbourne) will release their new album Cancel The Sun in August ahead of a tour opening at Manchester’s Deaf Institute.

The album follows the release of singles Mossy Well and Call Me When It All Goes Wrong.

Cancel The Sun has been written by The Rails and produced by Stephen Street, best known for his work with The Smiths and Blur.  The album marks return for the folk group with their first new music since the 2017 release of their Other People album.

Speaking about working with Stephen Street, Kami Thompson explains how this came about, “We’d been knocking some names around.  On the last record I had kept thinking about Graham Coxon’s solo records, and that in your face guitar. We unravelled the thread of Stephen’s discography and realised we would absolutely love to work with him. I loved that there was no fucking around: get there in the morning, work solidly, and then go home knackered. He was involved in every little element of the sound.”

Kami Thompson is folk royalty, daughter of Linda and Richard Thompson and sister of Teddy. James is an extraordinary guitarist who worked with Son Volt, the Pogues and the Kinks before joining the Pretenders.

The Rails will headline a nine date UK tour in support of the album opening at Manchester’s Deaf Institute.  Cancel The Sun is due out on 16 August 2019.

When do The Rails headline at the Deaf Institute, Manchester?