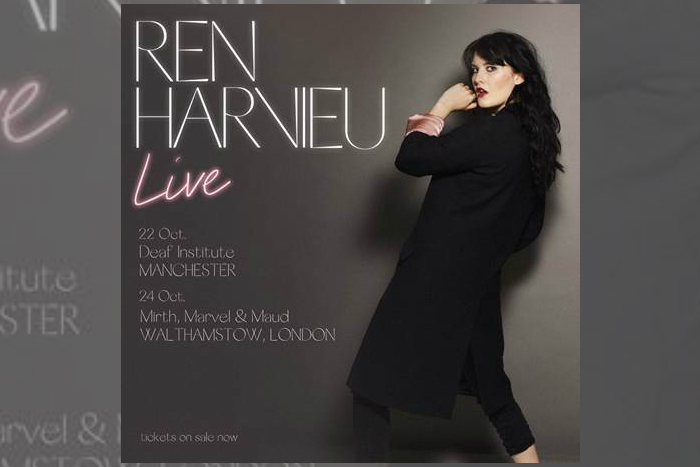 Ren Harvieu is set to headline a hometown Manchester show at the Deaf Institute in October.

The hometown gig comes after Ren signed to Bella Union and announced her long awaited second album will be released in Spring 2020.

The album is produced by Romeo Stodart of The Magic Numbers and Dave Izumi Lynch.  The new release will land eight years after her 2012 solo debut Through The Night and is set to depart from the 60’s setting of that album.  Her new release promise a world of deeper blacks and brighter colours, musicially and lyrically.

When does Ren Harvieu headline at Manchester’s Deaf Institute?

Ren Harvieu headlines at the Deaf Institute, Manchester, on 22 October 2019.  Tickets are on sale now.