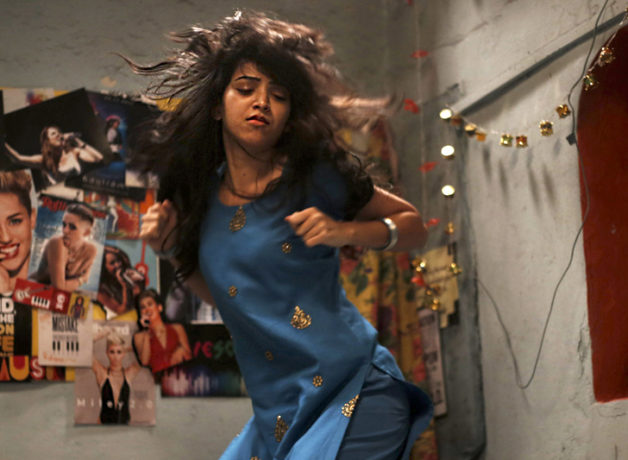 The third annual season of Not Just Bollywood comes to HOME Manchester celebrating the work of women directors.

Not Just Bollywood 2019 will run at HOME Manchester from 11 September until 2 October 2019.

The 2019 programme is presented in partnership with Dishoom who will also present an Indian cookery workshop as part of the season’s special events programme.

Not Just Bollywood 2019 launches on 11 September with Deepa Mehta’s controversial Elements trilogy, exploring homosexuality in contemporary India (Fire), the horrors of Partition (Earth) and religion (Water).  The trilogy has been rarely screened in the UK and highlights the work of two of Indian cinema’s most politically engaged women filmmakers – director Deepa Mehta and prolific actor-director Nandita Das who stars in both Fire and Earth.

The season also features Ukrainian-born Dar Gai’s second feature Namdev Bhau in Search of Silence (2018) which follows an old Mumbai man as he journeys to Silent Villey in the high Hamalayas on a mission to find some peace and quiet.

The award-winning and critically acclaimed Lipstick Under My Burkha (2016) from Alankrita Shrivastava, one of India’s leading contemporary writer-directors, will screen on 21 September. Initially banned by the censors in India, the film, about four small-town Indian women, is a timely exploration of sexual desire, resistance and patriarchal oppression. Season co-curator Omar Ahmed cites Shrivastava’s film along with Waiting and Sir, as examples of an ongoing wave of films that celebrate the emergence of the “New Woman” in contemporary India.  This will be subject of a special one hour introduction on 28 September where the University of Warwick’s Dr Saba Hussain will lead an illustrated talk about the impact of the #MeToo movement on Indian society and cinema.

Speaking about the season, co-curator and HOME Manchester’s Head of Film Rachel Hayward commented, “We’re delighted with the synergy between Not Just Bollywood 2019 and our ongoing year-long Celebrating Women in Global Cinema programme, designed to champion and celebrate women in film across the world. We’re also excited to welcome Dishoom on board as partners and encourage our audiences to try out their menu of Bombay comfort food and award-winning tipples, including the ‘Bollybellini’, as the perfect accompaniment to the programme.”

Image – Lipstick Under My Burkha