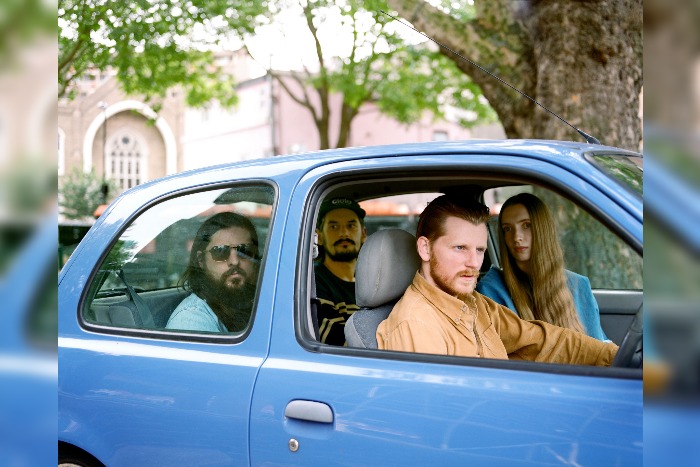 After releasing their second EP Boundary Road Snacks and Drinks in October, Dry Cleaning hit the road for a run of dates including Gullivers in Manchester.

The south London quartet open their 11 date tour with a Manchester gig at Gullivers on 12 February.

Firm friends for years, the band (Lewis Maynard, Tom Dowse, Florence Shaw & Nick Buxton) only started making music after a party in 2017 inspired a collaboration. They wrote instrumentally to begin with and six months later Shaw, a university lecturer and picture researcher by day, joined on vocals with no prior musical experience. They recorded their debut Sweet Princess EP before playing their first show in 2018.

The band cite the likes of The Feelies, The Necessaries, The B52s and Pylon as inspirations and they are largely influenced by the small and intimate garage/rehearsal space they use.  Direct and uncomplicated, anything unnecessary is left behind.

Latest EP Boundary Road Snacks and Drinks takes its name from the location and context of a shared genesis, and marks a significant chapter for the band as the last tracks to be written in their original rehearsal space.  With a newfound pop sensibility to the lyrics and a more fluid writing process, Dry Cleaning have expanded their musical pallet introducing new textures and layers.

When do Dry Cleaning headline at Manchester’s Gullivers?