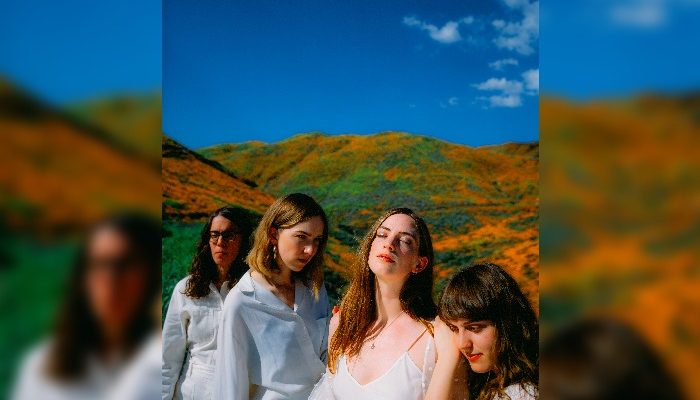 Ahead of the release of tickets for their UK tour including a gig at Manchester Academy, The Big Moon have revealed new single Barcelona.

News of the The Big Moon’s UK tour dates was revealed last week.

New single Barcelona is taken from their album Walking Like We Do and comes after the band performed at Manchester’s O2 Victoria Warehouse last week supporting Bombay Bicycle Club.  Speaking about the track, vocalist Juliette Jackson commented, “There’s a moment in your late twenties where suddenly everything changes, and this last couple of years I’ve really hit that moment – my friends are moving on, moving away, starting to have babies and buy houses and go on to big new adventures. In a band you can kind of get a bit stuck… you go away on tour for long periods, and each time you come home you find things have changed again. You start to feel left behind. You become an overgrown teenager. You’re simultaneously happy for them but also a bit sad that they left you behind – it’s bittersweet.”

As well as their Autumn tour taking in Manchester Academy 2, The Big Moon will also perform at Neighbourhood Weekender in May.

When do tickets go on sale for The Big Moon’s Autumn tour?