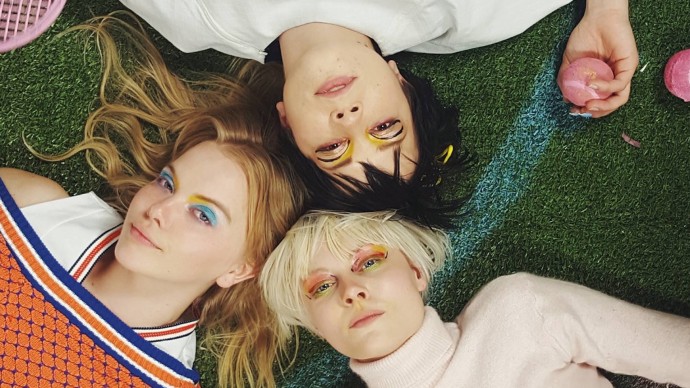 Dream Wife have been announced as the support for Sleigh Bells on the London and Manchester (21 February 2017) dates of their February 2017 European tour.

The group, will also be headlining DIY Magazine’s Hello 2017 tour which calls in at Night N Day on 24 January.

2016 saw Dream Wife become one of the foremost up-and-coming bands in the UK. Following the release of their debut EP they subsequently signed to Lucky Number and garnered support from the likes of Radio One, 6 Music and Beats1, as well as a reputation for an exhilarating live show. Dream Wife recently shared new track FUU (feat. Fever Dream).

2017 is shaping up to be just as exciting with DIY and London In Stereo both tipping Dream Wife as ones to watch for the year and following the UK dates early next year, the band will head stateside in March to make their US live debut at SXSW festival and have new music in the pipeline too.