Full cast announced for Grease at The Palace Theatre 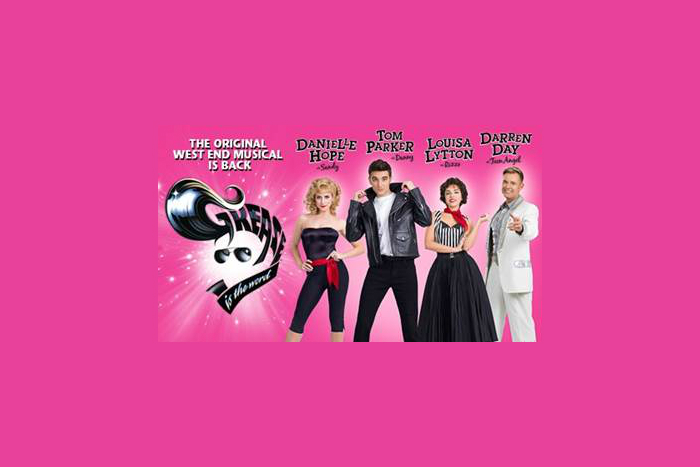 As the all-new tour of the hit musical Grease prepares to open at Manchester’s Palace Theatre in March, the full cast has been announced.

Since opening on Broadway in 1972 and the smash hit movie starring John Travolta and Olivia Newton-John, Grease’s place has been firmly established in the cultural Hall of Fame, having won the hearts of millions with its iconic songs.

It’s the original high-school musical featuring everyone’s favourite characters – Sandy, Danny, the groovy T Birds, the sassy Pink Ladies and the whole gang at Rydell High – and all the unforgettable songs from the hit movie including You’re The One That I Want, Grease Is The Word, Summer Nights, Hopelessly Devoted to You, Sandy, Greased Lightnin’  and many more.

Tom Parker has amassed worldwide success with his band The Wanted, achieving two UK number 1s and 9 top 10 singles as well as 4 Billboard 100 singles, with Glad You Came placing in the top 5 and selling over 900,000 records. The band have had three platinum albums, two sold out arena tours, and 3 million singles sold in America. Tom is also a winner of BBC Radio 1’s Teen Choice Award and US People’s Choice Award with The Wanted.

Danielle Hope made her professional debut as Dorothy in The Wizard of Oz at the London Palladium, after capturing the hearts of the country and winning the BBC’s smash hit Over The Rainbow having competed against over 9,000 girls. She went on to star as Eponine in the West End production of Les Miserables (Queen’s Theatre) – a role to which she most recently returned, Cathy in The Last Five Years (Greenwich Theatre & Warren Theatre, Brighton), Narrator in Joseph and the Amazing Technicolor Dreamcoat (National Tour) and Maria Rainer in The Sound of Music (National Tour).

Louisa Lytton trained at the Sylvia Young Theatre School and secured her first professional role as Ruby Allen in EastEnders. Following this Louisa joined The Bill, playing police officer Beth Green. She has since enjoyed a host of varied roles, from parts in the American Pie franchise, to the British Shakespeare Company’s A Midsummer Night’s Dream and Much Ado About Nothing. She has appeared in ITV’s comedy drama The Edge of Heaven and in the Canadian period drama Murdoch Mysteries. Aside from acting, Louisa reached the quarter-finals in the fourth series of Strictly Come Dancing, and recently took park in Channel 4’s The Jump.

Darren Day made his stage debut playing Joseph in Joseph and the Amazing Technicolour Dreamcoat. His other leading West End credits include Don in Summer Holiday and Tony in Copacabana. On tour he has starred in Alfie, Carousel, Great Expectations, Godspell, The Rocky Horror Show, Hello Dolly and We Will Rock You. Darren is also a recognised recording artist and a prominent face on television. Credits include Holby City, Doctors, The Bill, Mile High, French and Saunders Hollyoaks and Celebrity Big Brother.