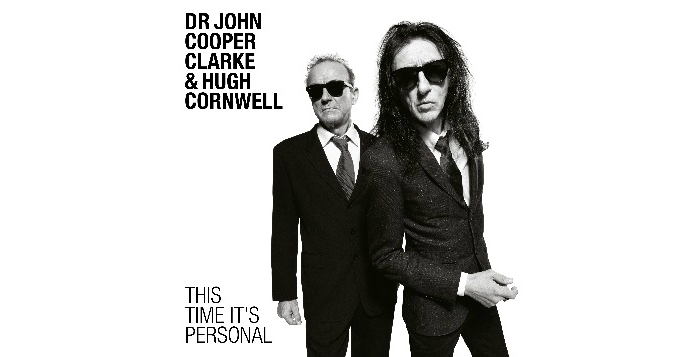 The poet Dr John Cooker Clarke and ex-Strangler Hugh Cornwell have announced the release of an album of classics This Time It’s Personal, paying homage to the music of their youth.  The album is due to be released on 14 October.

Alongside the album, which witnesses Clarke’s debut album as a lead vocalist, the duo have also announced a run of dates including a performance at Manchester’s O2 Ritz on 3 December.

The release is set to feature classic tracks which the two grew up listening to and marks the surprising duo’s first collaboration.

Tickets for Dr John Cooper Clarke and Hugh Cornwell performing at Manchester’s O2 Ritz on 3 December go on sale at 10am on Friday 22 July.