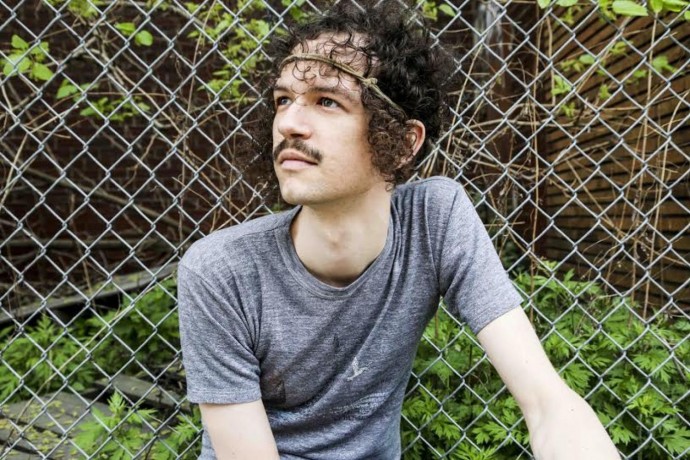 Two years after the release of his album Songs For Imaginative People, indie-pop renaissance man Darwin Deez has announced the follow up, his third album, Double Down alongside a UK tour.

Double Down, out this Autumn, features Kill Your Attitude, the album’s first single and Radio 1’s recent “Hottest Record In The World.” Inspired by the song’s lyrical theme of “love is war,” the video for Kill Your Attitude, directed by Dent De Cuir, has been turned into an absolutely masterful visual experience, in which Darwin is unknowingly immersed in a first person shooter game arena.

Recorded, performed, mixed and mastered entirely by Darwin, Double Down will be released on 18 September via Lucky Number.  “To me, Double Down means to gamble again.  To go again”.  Darwin says. “With this album, my intention was largely to do again what I did on my debut: make simple, irresistible pop songs – with a fresh new twist.  So I went back to my same influences of Thriller, Dismemberment Plan, and Andre 3000 and I came out sounding more like myself than ever before”.

The news of the album has been accompanied by the announcement of a run of UK tour dates, set to take place just weeks after Double Down is released and will find him performing at Manchester’s Sound Control on 13 October.

Tickets for Darwin Deez performing at Manchester’s Sound Control on 13 October 2015 are on sale now priced £12.50 plus booking fee.

In Review: The Struts at Sound Control
In Review: Teleman at The Deaf Institute
In Review: Jaws at Manchester Academy