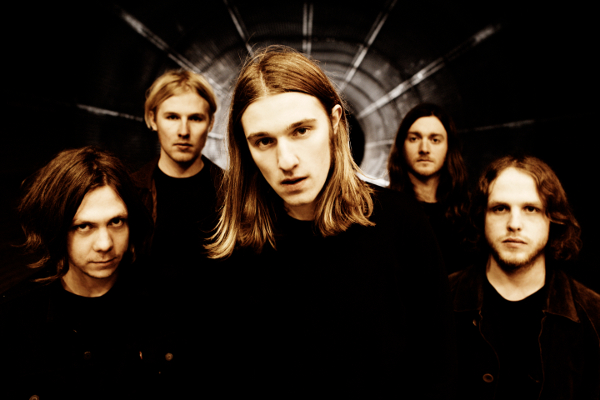 Canterbury space-rock band Broken Hands have announced a six-date UK tour in support of their forthcoming debut album Turbulence.  The run of dates will open at Manchester’s Soup Kitchen on 28 October.

Broken Hands have just finished a series of London residency gigs, which saw them bring their intense and mesmeric live show to three packed out dates at Power Lunches. A live experience in the truest sense, Broken Hands invited the audience into their world for a series of specially curated shows the band labelled JETPOWEREDLUNCHES.  The band recently performed at Hyde Park alongside Blur, having previously shared stages with the likes of Black Sabbath, The Rolling Stones and Band of Skulls.

Turbulence, Broken Hands’ debut, has been produced by Tom Dalgety and is set to be released on 9 October in time for the tour dates and promise to combine the crunchy riffage of Black Sabbath, the cosmic hedonism of Primal Scream and unbridled energy.

Tickets for Broken Hands at Manchester’s Soup Kitchen on 28 October 2015 go on sale at Friday 17 July.