Manchester Art Gallery to host ‘An Exhibition for Modern Living’ 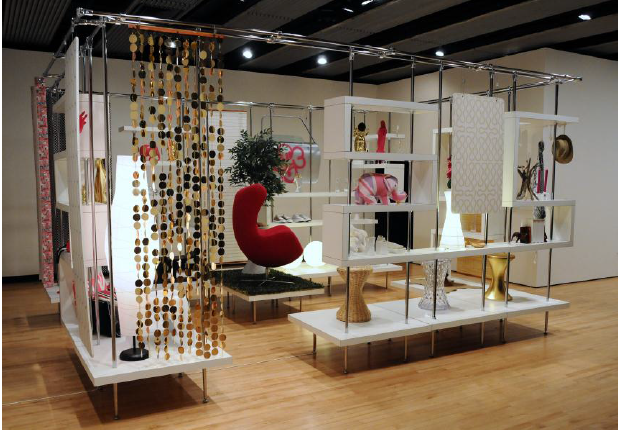 Manchester Art Gallery has announced that it will present An Exhibition for Modern Living by British contemporary artist Matthew Darbyshire from September.

The showing will be Darbyshire’s largest solo exhibition to date, including ten of his large-scale environments from the last decade and new sculptural works for the Gallery’s grand 19th century entrance hall.

Darbyshire’s work critically examines the language of design, sculpture and our relationship to lived environments. The artist explores the concept of collecting, not only in terms of an institutional critique, but also the way we amass objects for the home, shop or office and what these objects say about us. These ideas are explored in Darbyshire’s work that gives the exhibition its title, An Exhibition for Modern Living (2011). A highlight of British Art Show 7, this work is inspired by the landmark 1949 exhibition of the same name at the Detroit Institute of Arts. The 1949 exhibition collected the best of modern ‘design for living’ in the context of the rapidly changing society of post-Second World War America. The show set an example of how design could be made available for the masses and achieved legendary status due to the site-specific custom room installations. At Manchester Art Gallery, Darbyshire will present a contemporary equivalent that is somewhat more anxious than the 1949 exhibition, presenting an environment packed with objects varying from valuable collectors’ pieces and handmade sculptures to readily available high street items. The work succinctly questions the political and economic agendas that inform our taste and value judgements today. 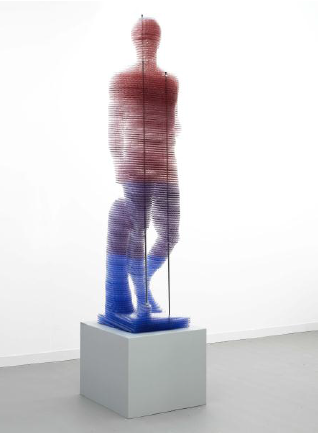 Whilst the work An Exhibition for Modern Living examines the nature of how and why individuals collect, Oak Effect (2012) addresses how museums and galleries acquire artworks. For this piece, Darbyshire displays original wooden objects in a room made from contemporary pieces of flat-pack furniture. The artist has re-worked this installation with curators and conservators at Manchester Art Gallery to present a diverse range of hand-made artefacts fashioned from natural wood from the city’s collections, challenging Manchester Art Gallery to think about the provenance and display of their collections in a very different way.

More recently, Darbyshire has begun to explore industrial prototyping and 3D digital printing to create sculptures using pristine white polystyrene for his Bureau series (2014). The artist has subsequently built on this research and techniques developed to recreate classical and contemporary sculptural forms from layers of hand-cut, multi-coloured polycarbonate as part of a series entitled CAPTCHA. A sculpture from Darbyshire’s CAPTCHA series is currently a highlight of the Royal Academy Summer Exhibition. Two sculptures have been created specifically for the exhibition as part of this series, which will be positioned in Manchester Art Gallery’s impressive Doric entrance hall. Doryphoros and Dyson will take the place of traditional bronze and marble figurative sculpture on either side of the grand stone staircase, set against the backdrop of casts from the Parthenon frieze given by George IV to decorate Manchester’s very own temple to culture.