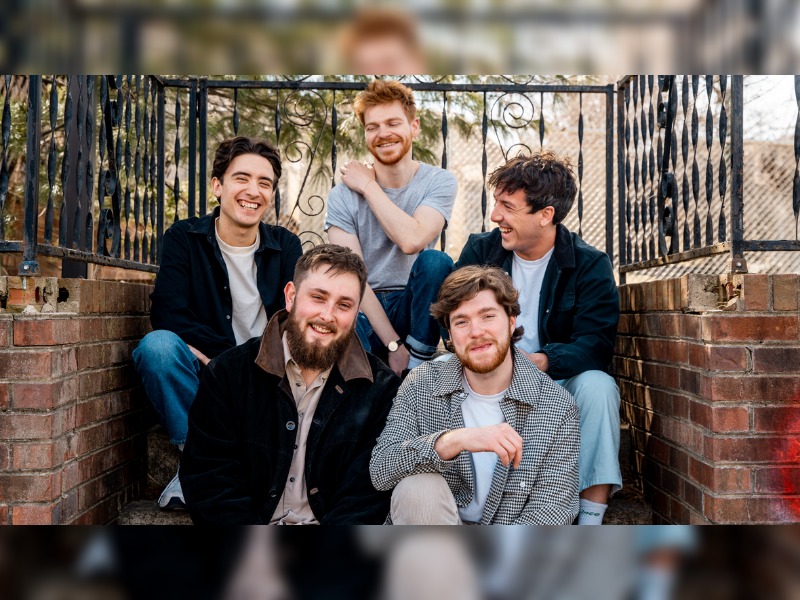 Scottish alternative pop-rock band Dancing On Tables have unveiled new single How Do I Get Back To Her?  The track is the first single from their upcoming debut album Colour In The Grey.

The band has also announced a UK tour including a Manchester at 33 Oldham Street in November.

Speaking about How Do I Get Back To Her? the band said, “How Do I Get Back to Her? is a fast, fun song about the reflection on a ruined relationship. It was originally a slow, somber track, but when we were in the studio, deciding which songs would make the cut, we played it at double the speed and instantly unlocked exactly how the song should feel.

“We’re firm believers that just because you have lyrics that look at a deep subject, the music behind should be able to tell its own story. In this case, it has a fast-paced, chaotic feel to it to represent what was a turbulent relationship that is now being viewed through rose-tinted glasses.

“The song is the first on the tracklist, so opening the album with the words ‘I’ve been trying to figure out where it all went wrong, you’ve been telling me to write it in a song’ is a sarcastic nod to the hectic life of trying to make it in music and all the highs and lows that go with it.”

Ten track debut album Colour In The Grey is due for release on 14 October 2022.  The album marks the culmination of the the last three years of the band’s life and charts the journey they have been on as a group, taking on love, happiness, loss and frustration.

The band added, “The album is a collection of songs that were put together over a time where as musicians, we were suddenly stuck at home after being used to being on the road for most of the year. Like most people, it was tough for us to stay motivated during this, but working together (remotely) on music was the highlight of each day and left us with over 70 tracks to choose from for this album.

“For us, writing and recording this album really was the ‘colour in the grey’ of every day life at this point.”

When do Dancing On Tables headline at 33 Oldham Street?