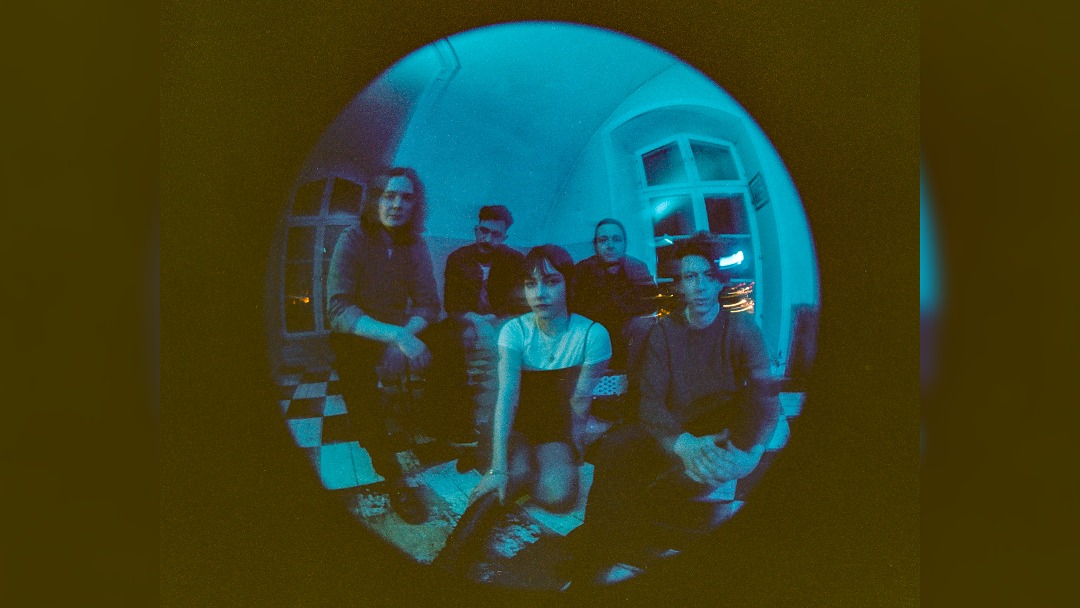 Just Mustard will release a special deluxe edition of new album Heart Under in November.  The album will land after they perform a string of UK dates including a Manchester gig at Band on the Wall.

The Dundalk, Ireland 5-piece will release the album in the form of a double LP housed in gatefold jacket and obi strip, a booklet with exclusive in-studio photos and handwritten lyrics from singer Katie Ball as well as an art print of English artist Graham Dean’s ‘In The Water Waiting’ painting that features on the Heart Under album cover.

Heart Under hit the number one spot on the Independent Album Chart in Ireland and number 4 on the Metacritic Best Albums of 2022 Chart.  The album was recorded largely at Attica Studios in Donegal and produced by the band and mixed by David Wrench who has previously collaborated with Frank Ocean, Jamie xx, FKA twigs and more.

Just Mustard recently performed on the John Peel Stage at Glastonbury.  They have further festival sets lined up over the Summer including Truck Festival and Tramlines as well as a support slot with Wolf Alice in Belfast.

The band is set to head out on a UK tour in September including a Manchester gig at Band on the Wall and Liverpool gig at Jimmy’s.

When do Just Mustard headline at Band on the Wall and Jimmys?