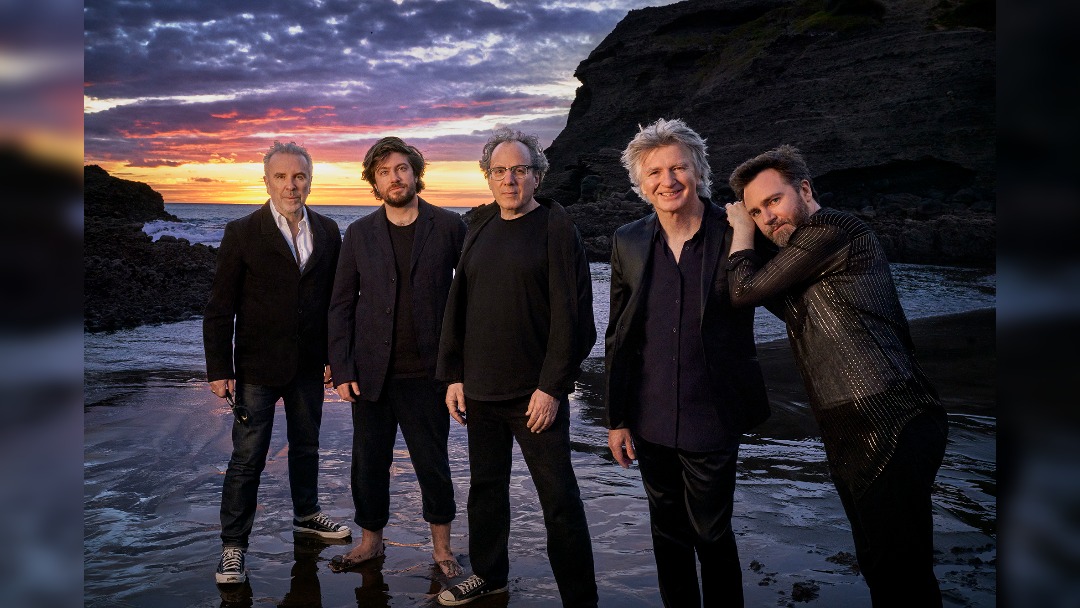 Crowded House will perform at Manchester’s Castlefield Bowl later this month as part of Sounds of the City 2022. The Manchester gig follows last year’s release of seventh album Dreamers Are Waiting.

Dreamers Are Waiting features founding members Neil Finn and Nick Seymour along with producer and keyboardist Mitchell Froom, guitarist and singer Liam Finn and drummer Elroy Finn.  The album features the singles Whatever You Want, Playing With Fire, To The Island, Love Isn’t Hard At All and Sweet Tooth.

The album was praised by the music press, and is one which Neil Finn is clearly proud of.  Speaking previously about the album, he said, “It’s finally come around… Dreamers need wait no more. The album is out and I hope you will have a chance to luxuriate in a quiet place with a record player or a set of headphones to listen front to back to these songs. I’m really proud of this record and, fresh from a joyous round of shows, extremely thrilled to have this Crowded House lineup in action. We have lots more to do, feel a strong urge to be on stage in front of you and become an even better band.”

Crowded House is a long standing and much-loved vehicle for the song writing talents of Neil Finn. Formed in Melbourne Australia in 1985 out the ashes of New Zealand’s Split Enz by Neil, Paul Hester and Nick Seymour, their eponymous self-titled debut album on Capitol Records went on to global success with the hits Don’t Dream It’s Over and Something So Strong.

When do Crowded House perform at Manchester’s Castlefield Bowl?

Crowded House’s Manchester gig runs as part of Sounds of the City at Castlefield Bowl.