Clean Cut Kid to support The Kooks at Manchester Academy 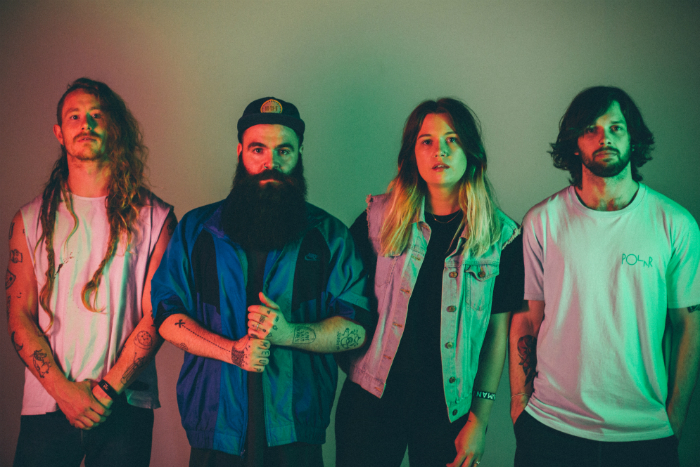 The album will be preceded by a new single Leaving You Behind.

The Manchester Academy dates come ahead of Clean Cut Kid’s own headline tour The Fuzzy Tour, which sees them performing at Manchester’s Sound Control in May after the release of Felt.

The four-piece are one of the most exciting breakthrough bands in the UK.  Their inventive take on anthemic guitar-pop is the product of intense writing and rehearsal sessions at the band’s practice space in Liverpool. Their five singles so far – Vitamin C, Runaway, Pick Me Up, Make Believe and We Used To Be In Love – have introduced a band full of creativity, who mix classic melodicism with a sonic adventurousness.

The band have revealed that Felt is the timeline of a break-up from a relationship falling apart.  The album, they explain, is set to drag the listener through the rollercoaster of emotions experiencing during the end of a relationship and the beginning of another

In addition to their Manchester Academy show and Sound Control gig, the band will be heading out on four support slots with Brit Award nominated Michael Kiwanuka.

Where and when can I see Clean Cut Kid in Manchester?

Liverpool quartet Clean Cut Kid have a number of dates lined up in Manchester over the next couple of months:

Clean Cut Kid support The Kooks at Manchester Academy on 20 April and 21 April 2017.

Clean Cut Kid headline at Sound Control, Manchester, on 12 May 2017.