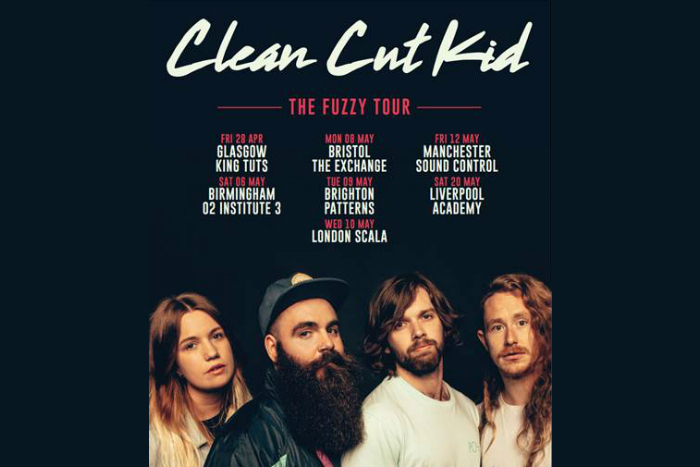 The band, who are currently applying finishing touches to their debut album, saw their stock rise through singles Vitamin C, Runaway, We Used To Be In Love and Make Believe as they received strong support from the likes of Annie Mac, Huw Stephens and Clara Amfo.

One of the hardest touring bands arround the foursome of Mike Halls, Evelyn Halls, Saul Godman and Ross Higginson, crammed in an impressive 32 festival appearances, two headline UK tours and a main support slot for The Courteeners to 2016.

Tickets for Clean Cut Kid performing at Manchester’s Sound Control on 12 May 2017 go on sale at 10am on Friday 3 February.