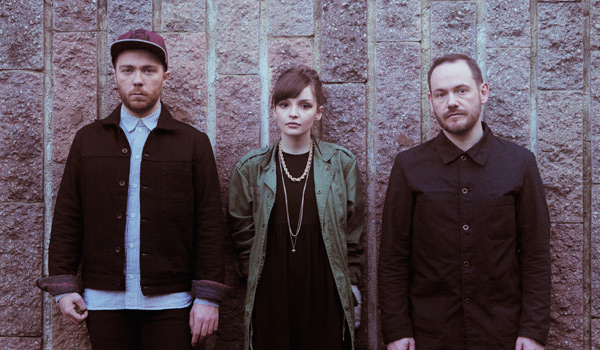 Scottish electronic band Chvrches has announced a UK tour which will see them perform at Manchester Academy on 6th November.

The gigs follow a series of high profile international festival appearances which have found them performing at Glastonbury, T in the Park, Lollapalooza, Reading & Leeds and Splendour In The Grass.

The three piece band of Lauren Mayberry (vocals, synths), Iain Cook (synths, guitars, bass and vocals) and Martin Doherty (synths and vocals) were one of the BBC’s Sound of 2013 shortlisted acts, finishing fifth overall and went on in 2014 to be nominated at the NME Awards for Best New Band.  They released their debut album The Bones Of What You Believe in September 2013 to rave reviews and saw it reach the top ten of the UK album charts.

Tickets for Chvrches at Manchester Academy on 6th November go on sale at 9am on Friday 15th August.  Support for all shows except Liverpool comes from Lizzo