The Gravehounds of Bone Street – An Exhibition by Skull Paradise 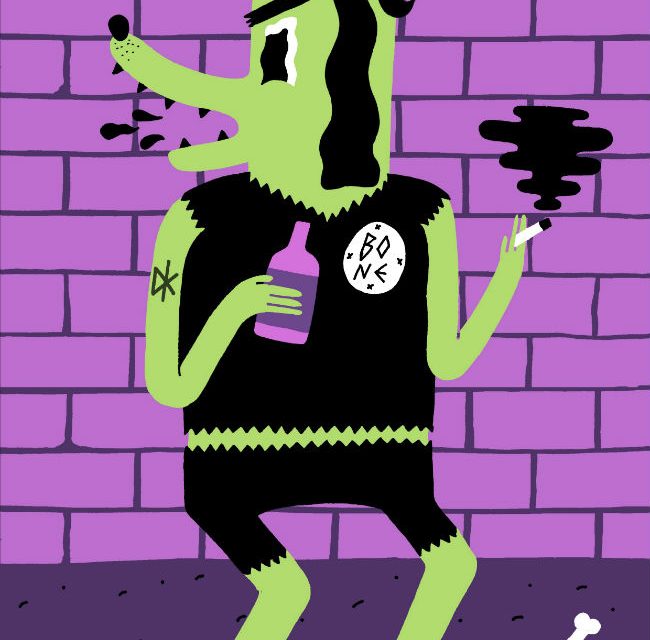 James Burgess, Sophy Hollington, Idiot’s Pasture, Kate Prior and Pippa Toole are the illustration and design collective that make up Skull Paradise.

Hailing from Brighton, Leeds and London, the collective have previously exhibited Bad trip at 2014’s Pick Me Up at Somerset House and Scawfell Street Studio in London.

The Gravehounds’ spot on the corner of Bold Street is lined with anti-feline, anti-human and anti-everything graffiti. Their collar tags and leashes are long gone and these degenerate street dogs enjoy a life of hedonistic depravity as a leather wearing, swearing, biker gang with attitude.