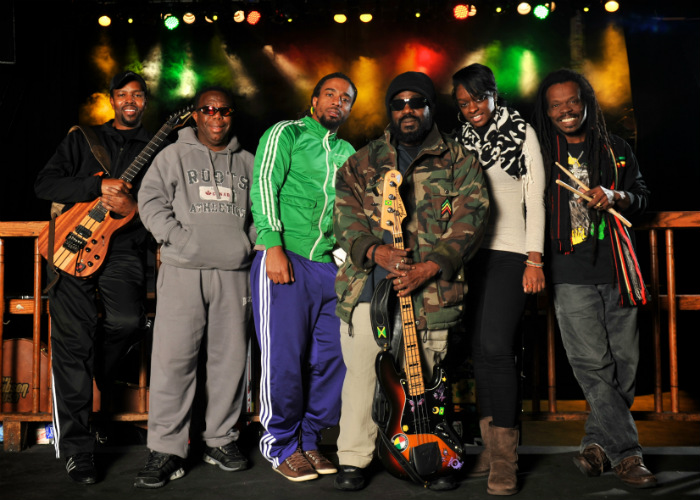 Legendary reggae band The Wailers have announced a UK tour which will see them performing seven UK dates including Manchester at The Ritz on Thursday 6th November.

The tour will see The Wailers perform their greatest hits album Legend in full – featuring hits Three Little Birds, I Shot The Sheriff and Jamming amongst others.

The Wailers were formed in 1969 when Bob Marley, Bunny Wailer and Peter Tosh came together and recruited Aston and Carly Barrett.  They have sold more than 250 million albums worldwide, notching up over twenty chart hits in the UK and performing to 24 million people in the process.  Since forming they have also worked alongside the likes of Sting, The Fugees, Stevie Wonder, Carlos Santana and more.

Released 30 years ago as their twelfth album, Legend was named as Best Album of the 20th Century by Time Magazine and number 46 on Rolling Stone Magazine’s 500 Greatest Albums of All Time and sold over 25 million copies worldwide, becoming the best-selling reggae album.

The Wailers have recently performed at Glastonbury and are set to headline at V Festival shortly.

Tickets for The Wailers at The Ritz Manchester on 6th November go on sale at 9am on Friday 15th August.