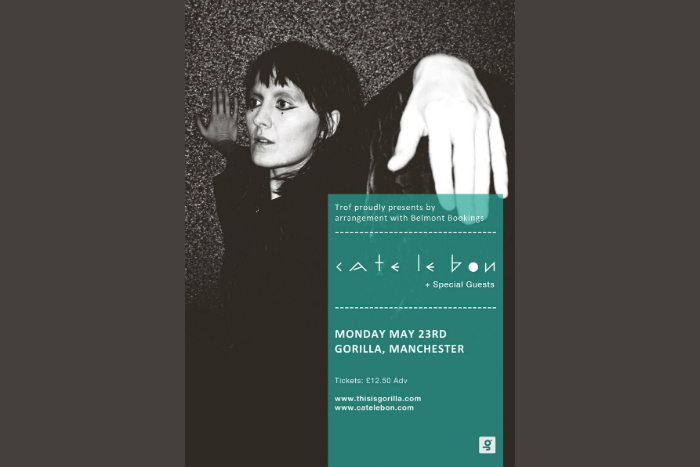 Welsh songwriter Cate Le Bon is set to return to Gorilla after a sold out show in 2014 with new album Crab Day and a new show including a visual concept from a short film she has been working on.

The artist will release her fourth album, Crab Day, on 15 April via Turnstile on LP, CD and download.

According to Cate: “Crab Day was lovingly formed in the mouth of the Pacific Ocean, as it quietly mocked us with its magnitude. It’s the sound of the ‘accidentally on purpose’ coming together of the right people at precisely the right time in an environment that furnished and fuelled the abandonment we felt effortlessly. It’s a coalition of inescapable feelings and fabricated nonsense, each propping the other up. Crab Day is an old holiday. Crab Day is a new holiday. Crab Day isn’t a holiday at all.”