Cassadee Pope reveals offrami remix of What The Stars See 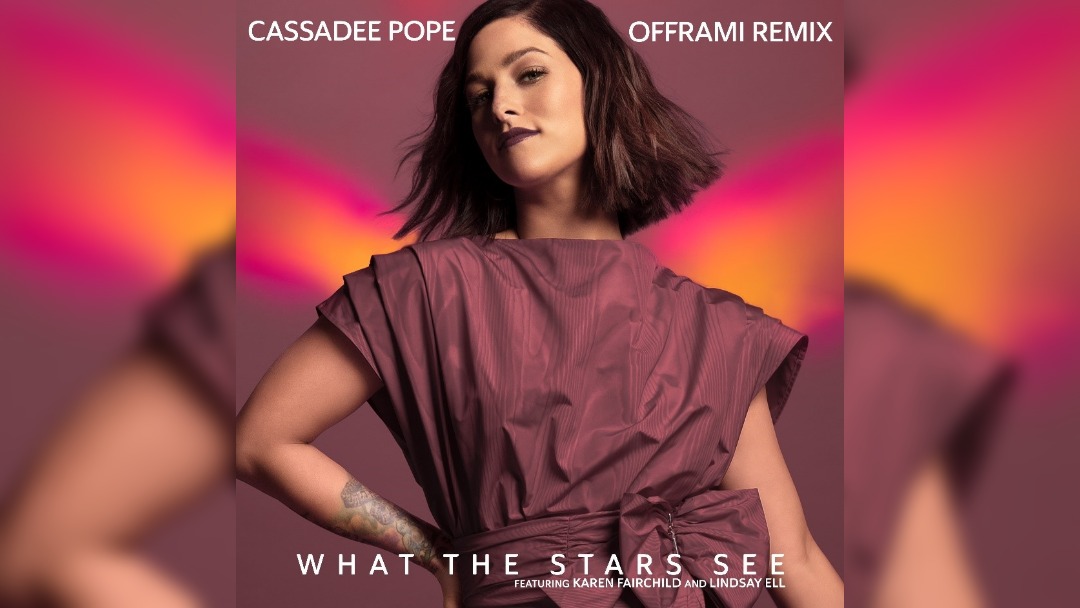 Cassadee Pope has revealed the offrami remix of her latest single What The Stars See featuring Lindsay Ell and Karen Fairchild.

The Grammy-nominated singer songwriter blends two of the genres closest to her heard – the energetic angst of her pop-punk days and the soulful songwriting and story telling of Country music.

Latest track What The Stars See marks an anthem for anyone who’s been curious about an ex and wanting to get a glimpse of their life from a more celestial perspective.  The single has now been remixed by electronic/dance producer offrami.

Speaking about seeing the track remixed, Cassadee Pope said, “To take a song from its original form and transform it into a completely different atmosphere takes such talent.  offrami did an amazing job of breathing a new energy into ‘What The Stars See.’ He has given it a new life and I’m so excited for fans to have this version to rock out to now!”