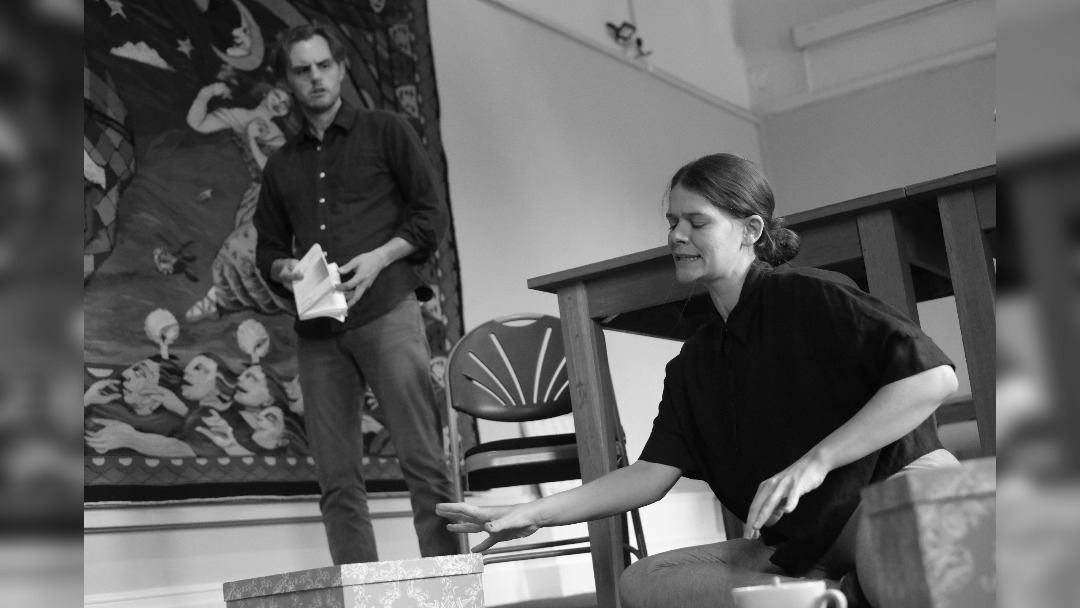 Manchester and Durham based Elysium Theatre Company will stream its latest production to a worldwide audience.

Only four years ago the company was putting on its first play in front of just dozens of people at the Assembly Rooms, Durham.  Now Elysium has bases in Manchester and Durham, with the latest live stream broadcast worldwide.

Hello and Goodbye, by South Africa’s leading playwright Athol Fugard, will be filmed and stream when it is performed at Northern School of Art in Hartlepool.  The production will star Manchester-based actor Hannah Ellis Ryan and fellow Elysium co-founder Danny Solomon.

Hello and Goodbye will be directed by Jake Murray, the third founding member of Elysium.  The play is the seventh production from Elysium.  The company has performed four of the plays in Manchester – at HOME, Hope Mill, 53two and the Empty Space.

Speaking about streaming to a global audience, Jake Murray said, “It is amazing to think that Athol Fugard could be watching one of his own plays online for the very first time, thousands of miles away from where it is being performed.

“I would love it if he does get to watch, it would mean the world to me and the company. He’s one of the world’s great playwrights and a living legend.

“We wanted to broadcast the show online, instead of embarking on a tour, so that if we were in lockdown we could still do it as planned.

“Back in 2017 we were only able to play Durham and Manchester. Four years on we’re expanding and expanding, and are truly delighted to be working in Hartlepool for the first time, broadcasting our show across the globe. Expect more exciting projects to come from us in future!”

Livestreaming the play also gives Manchester-based Hannah Ellis the opportunity for her family in Australia to watch.  “I am so excited!” she explains, “Even my mum in Brisbane will be able to watch me for the first time in years.

“I can send my whole family a link for them to watch me from thousands of miles away, and that’s something that is so special, and something I have to be grateful for.

“We want to give the audience the feeling of an authentic theatre experience, even though they aren’t in the room.

“Acting for theatre and camera is very different, so it will be a challenge to act for both! In a theatre, it is all about reaching to the back of the room, whereas for something like Coronation Street, it can be about even the smallest of eyebrow movements.”

What is Hello and Goodbye about?

Hello and Goodbye is set in the 1960s in Apartheid South Africa.  The play features just two characters, Johnnie and Hester Smits.  The funny and moving drama focuses on families, love, regret and the debts we owe each other, emotional as well as financial.

Tickets for Elysium Theatre Company’s production of Hello and Goodbye can be purchased for £5 (£3.50 concessions).

Ticket holders will be given a link and a password, and can then watch the play live on Wednesday 23rd June or ‘catch-up’ from 25 June until 1 July.