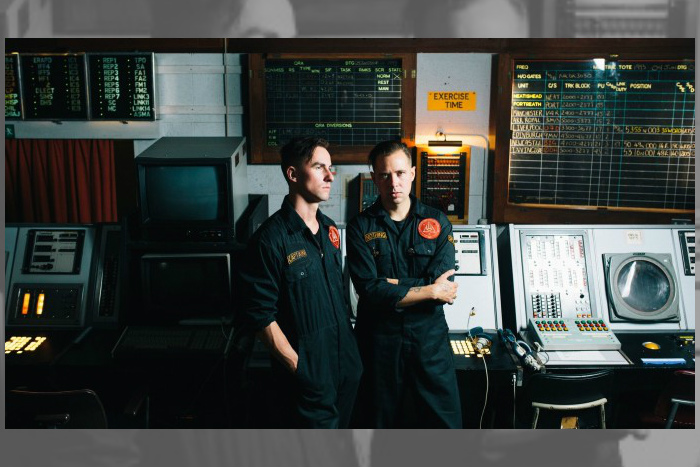 After revealing their latest single Body & Soul, Black Futures will perform a run of in-store shows including HMV Manchester.

The in-store performances come in the week of the release of their new album Never Not Nothing.  Black Futures then return to Manchester a month later to perform at Gorilla.

Body & Soul witnesses Black Futures in the calm and the chaos.  The video features footage from Expedition 001, which saw the band circumnavigating the globe, erected a monolithic logo in the middle of a hippy commune in Joshua Tree, playing a strung-out gig, and performing in an abandoned Russian Cold War Bunker in Berlin.  The Expedition also saw them spend time in the Far East where the duo filmed the video for Body & Soul in the metropolis of Tokyo. Amid tropical heat and the anarchic influence of the city’s punk clubs, the video features a breakdancing hazmat dancer whose energy and movement mirrors the track’s infectious intensity.

Entry to Black Futures’ Manchester HMV appearance is free with a pre-order or purchase of the album.

When do Black Futures perform in Manchester?

Black Futures perform in-store at HMV Manchester on 5 September.  They headline at Gorilla, Manchester, on 3 October 2019.