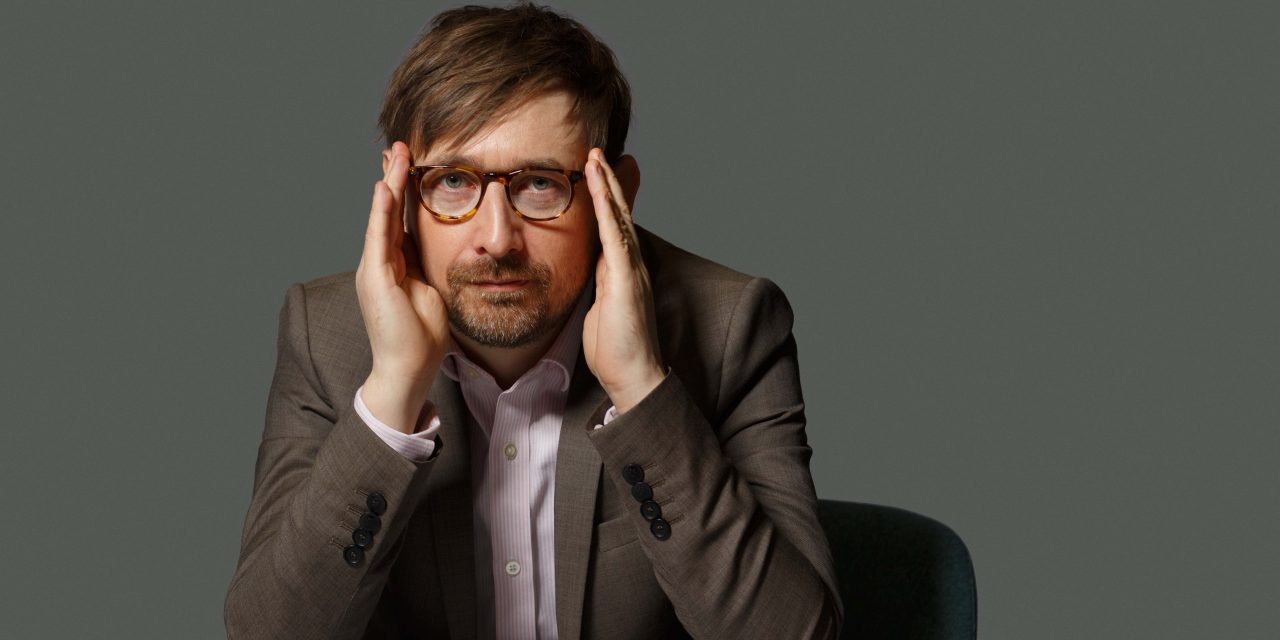 The Divine Comedy will release their new album Office Politics in June ahead of a Manchester appearance at HMV.

Speaking about the album, Neil Hannon, commented, “Office Politics is a 16 track tour de force full of inventive, timeless music peopled with a typically irreverent cast of characters. It has synthesizers. And songs about synthesizers. But don’t panic. It also has guitars, orchestras, accordions, and songs about love and greed.”

Also just released from the album, is the new single Norman and Norma. Neil expertly narrates the quirky and alliterative story of ‘Norman and Norma’, a heroically normal couple from Norfolk to a typically sophisticated and emotive 80’s influenced soundscape.

“I didn’t want my couple to go quietly into that goodnight, and I wanted to have some reason behind why I chose their names” he explains. “Then it occurred to me that they might find new life and vigour in joining one of those historical re-enactment societies. The idea of Norman and Norma donning helmets and chainmail and hurling themselves into bloodthirsty medieval combat brought a smile to my face.”

When do The Divine Comedy Perform in Manchester?

The Divine Comedy will perform in-store at HMV, Manchester on 8 June 2019, followed by a Manchester gig at Albert Hall on 18 October 2019.