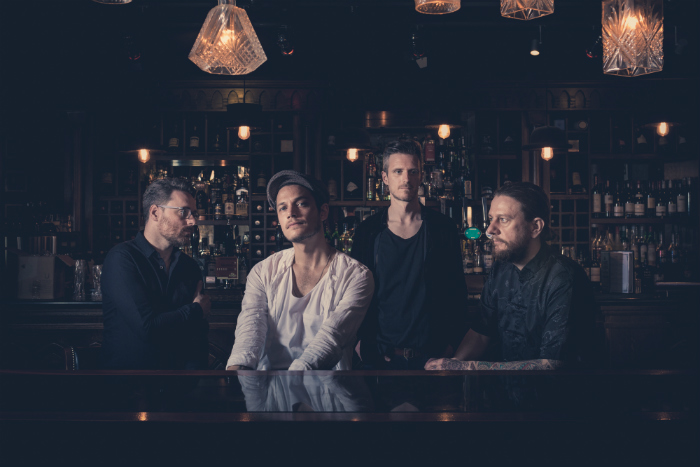 Manchester’s The Slow Show have unveiled the new video for current single Hard To Hide ahead of an appearance at the Manchester Dot To Dot Festival.

The atmospheric video, echoing the song’s theme of being trapped in a difficult situation, was directed by Matt Boone, who commented, “We wanted to create a visual that suggested our interpretation of the song: the idea of being stuck in a cycle that you refuse to break out of, even if you know that it’s bad for you. Our character struggles as she attempts a journey through metamorphosis; unable to flourish in her claustrophobic surroundings, before eventually accepting her fate back in the same place that she started.”

The Slow Show vocalist, Rob Goodwin, added, “The video conveys the emotion and the struggle we were trying to create with this song. The asymmetry in love and forgiveness, good and bad is portrayed boldly but with care. Boone really understood the song and we think that’s evident in the video.”

“There’s a rare quality to Kesha’s voice,” Goodwin enthuses. “She isn’t a professional singer and she’s very shy. It makes for an extremely interesting sound. The lines Kesha sings are really important – she doesn’t sing too many lines, but when she does she gives a new perspective to the narrative.”

Hard To Hide is taken from The Slow Show’s third album Lust And Learn, which will be released via PIAS on 30 August. The Manchester quartet will support the release with a European Tour, culminating in a Manchester hometown gig at Gorilla on 7 November.

When do The Slow Show perform in Manchester?

The Slow Show perform at Manchester’s Dot to Dot Festival on 24  May and then perform a headline gig at Gorilla on 7 November 2019.