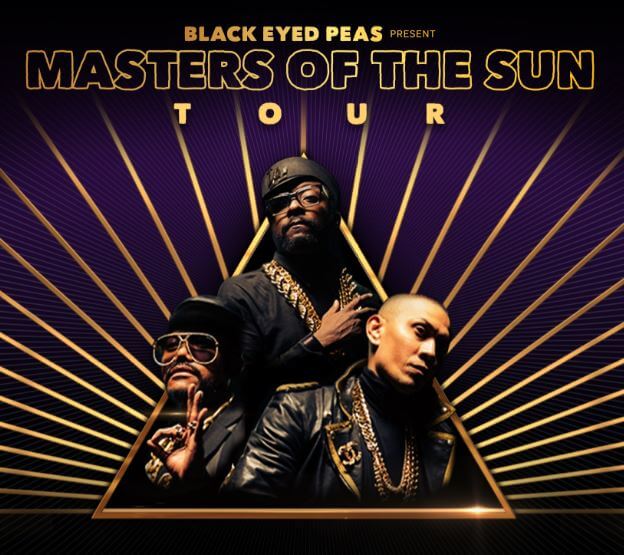 The Black Eyed Peas have announced their first tour of Europe for more than eight years including five UK gigs with a show at Manchester’s O2 Apollo.

The announcement comes as the group premieres their new single and video Get It to celebrate the news.  The track encourages awareness and action on police brutality and immigration reform.

The Don’t Phunk with My Heart hit makers consisting of rappers apl.de.ap, Taboo and ITV’s The Voice regular and lead vocalist will.i.am will return to the spotlight for with their Masters of the Sun tour.

With 7 chart-topping studio albums, 25 million YouTube views and over 10 million monthly Spotify listeners, the GRAMMY award-winning hip-hop group and pop sirens will perform their catalogue of eclectic hits.  2018 marks the 20th anniversary of the formation of the original line up of the group.

When do Black Eyed Peas headline at Manchester’s O2 Apollo?

When do tickets for Black Eyed Peas’ UK tour go on sale?

Tickets for Black Eyed Peas UK tour including Manchester gig go on sale at 9am on 13 July 2018.