A series of free African Summer shows comes to Manchester 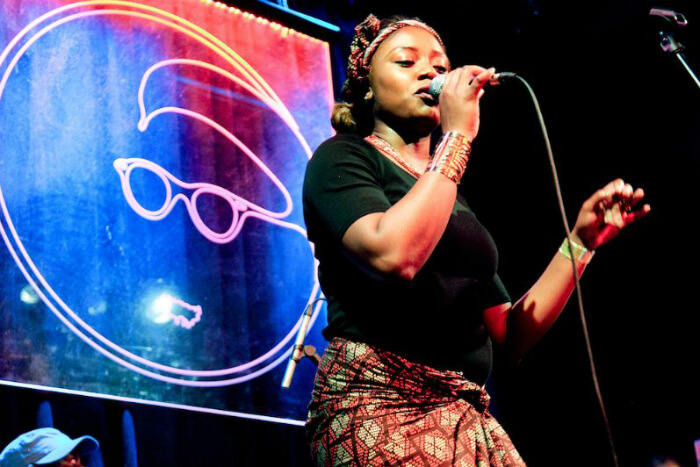 A series of free African music and dance shows, African Summer, is coming to Manchester in June and July showcasing live music by African musicians from the region.

African Summer, the season of free live African music and dance by Amani Creatives takes in:

Mama Jo & Emmanuela Yogolelo live + drumming & dance workshops
Saturday 16 June – 2pm and 9pm
Home, Manchester
Turn up for these free drumming and dance workshops between 2-3pm, where visitors can participate followed by with live African music between 9 & 10pm. Artists performing include Mama Jo who interprets traditional and performs her own material. Expect thrilling afro r&b with traditional Congolese elements. She is joined by Emmanuela Yogolelo, a Congolese singer-songwriter who performs African world music. In her own words: “the base is traditional African, but the spices are from all over the world”

Mama Jo, Robert Maseko and Muntu Valdo live
Thursday 21 June – 7pm
Oldham Library Theatre
Enjoy live music by Mama Jo (see above), Robert Maseka, a masterful drummer, who has been described as ‘the Congolose rhythm king of the North of England’. Originally from Kinshasa, he among the UK’s finest ambassadors of African music. Muntu Valdo is a leading jazz guitarist, harmonica player and singer from Doula, Cameroon who has played with, among others, Ali Farka Toure and Manu Dibango.

Rumba – Cuban and Congolese culture meet at a community sharing day
Saturday 21 July – 12.00pm-8pm
Sacred Trinity Church, Salford
Two performances are followed by a day of collaboration and cultural sharing called ‘Rumba’ which seeks to showcase the parallels between Congolese and Cuban music and culture. This event, which is supported by the Heritage Lottery Fund, includes a performance by Tagne Tebu. Born and raised in Cameroon, Tebu is a multi-talented, multi-instrumentalist musician; his music blends African melodies and grooves with jazz harmony and is based on African storytelling on the themes of love, war and peace.