Previewed: Os Mutantes at Band on the Wall 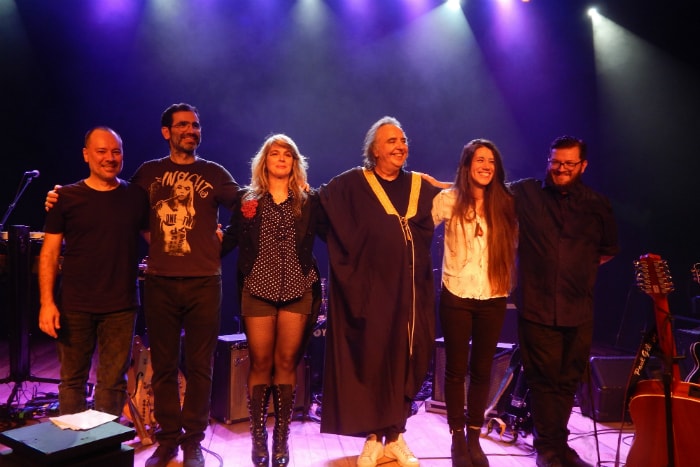 Brazilian psych-rockers and experimental collective Os Mutantes come to the UK for a rare tour in May, including a Manchester gig at Band on the Wall.

The hugely influential Brazilian psych and experimental collective were instrumental in launching the Tropicália movement in the late ’60s.  Combining sounds inspired by The Beatles, Jimi Hendrix and Sly and the Family Stone with bossa nova, tropicalia, samba and the legacy of the Brazilian art vanguars of the modernist movement, Os Mutantes have been cited as major influences by the likes of Kurt Cobain, Beck, David Byrne, Flaming Lips, Davendra Banhart and Of Montreal.  Cobain even went so far as to publicly request a reunion tour from the trio in 1993, writing to Arnaldo Baptista; whilst Talking Heads frontman David Byrne has worked to publish and promote the group’s music through his Luaka Bop label.

After a near 30-year hiatus, the band made their first live performance since 1978 at London’s Barbican Arts Centre in May 2006, with Rita Lee replaced by Zelia Duncan on vocals, before Baptista and Zelia Duncan left the band a little over a year later to pursue solo projects.

Sérgio Dias, however, vowed to keep the reformed band alive, not wanting to let “the giant sleep again”, as he put it. And so, led by Dias with Esmeria Bulgari on vocals, Henrique Peters on keyboards, Vinicius Junqueira on bass and Claudio Tchernev on drums the band toured extensively and performed a Glastonburg.  New material has also followed with albums and singles being released.  The now six-piece (English singer-songwriter Carly Bryant joined the line up on vocals, guitars and keyboards in 2017) released the single Black and Grey in late 2017 and are currently working on a new studio album.

When do Os Mutantes headline at Band on the Wall?

Os Mutantes perform at Manchester’s Band on the Wall on 21 May 2018.  The Manchester gig is one of six UK dates the band are performing.