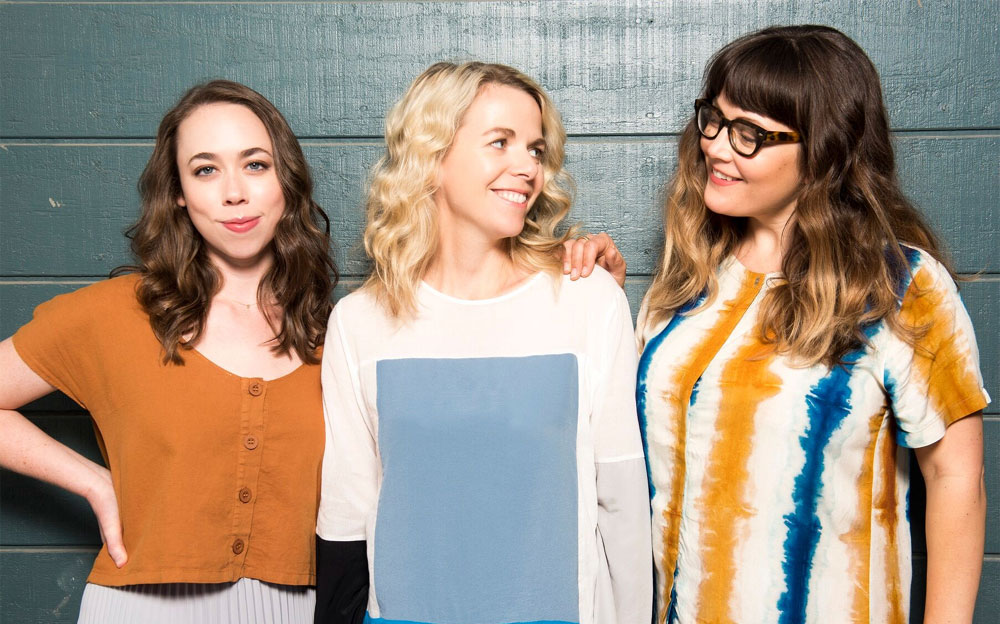 I’m With Her, the band comprised of Sara Watkins, Sarah Jarosz and Aoife O’Donovan, have released the video for their new single I-89 ahead of a Manchester gig at Band on the Wall next week.

I’m With Her is currently in the midst of their European tour in support of debut album See You Around and launch the UK leg of the tour at Gateshead on Monday.

The video for I-89 was directed by Alex Chaloff.  Speaking about the video, I’m With Her commented, “Our friend Alex Chaloff shot this video over the course of two days on tour in Colorado.  I-89 originated on our journey up to Vermont to write the songs on See You Around. We were in a flimsy rental car weighed down with groceries from the Brattleboro Food Coop and decided to let Google Maps take us the back way on dirt roads in the frigid December weather.

“We wound up stalling out, facing backwards downhill on a dark, icy road thinking the end was near. Then a mountain man drove over the hill, saw us in our predicament, and proceeded to help us turn around and lead us back to the highway, I-89. And the song was born…”

When do I’m With Her headline at Band on the Wall Manchester?